USFK Commander Paul LaCamera said earlier this week that commanders do "contingency planning" for "anything," in response to a forum question on the potential role of South Korea in case of China's military movement against Taiwan.

The remarks spawned speculation that USFK personnel could potentially be mobilized to a Taiwan crisis at the expense of their primary role to cope with evolving threats from North Korea.

"When it comes to the USFK operation, South Korea and the United States have a consultation mechanism," Shin said in an interview with MBC Radio. "I can tell our citizens that we will ensure consultations would not move in a direction that undermines security on the Korean Peninsula."

He pointed out that the general tenor of LaCamera's remarks appeared to be that military leaders are to prepare for even a single percent chance of security risks rather than going into detail about what can happen in a Taiwan contingency.

"Had there been such (considerations), that would be a matter to be discussed between the South and the U.S.," he said. "There haven't been any discussions on such an issue yet."

At the forum hosted by the U.S.-based Institute for Corean-American Studies (ICAS), LaCamera highlighted, "My job here is to defend the Korean Peninsula and to maintain peace and stability and security in Northeast Asia."

But he noted that what starts locally can become regional and global and that it is prudent to look at "second- and third-order effects" from a contingency.

Some observers have been leery that the USFK's role could go beyond the peninsula to help address regional security issues under the name of "strategic flexibility" despite increasingly complex North Korean threats. 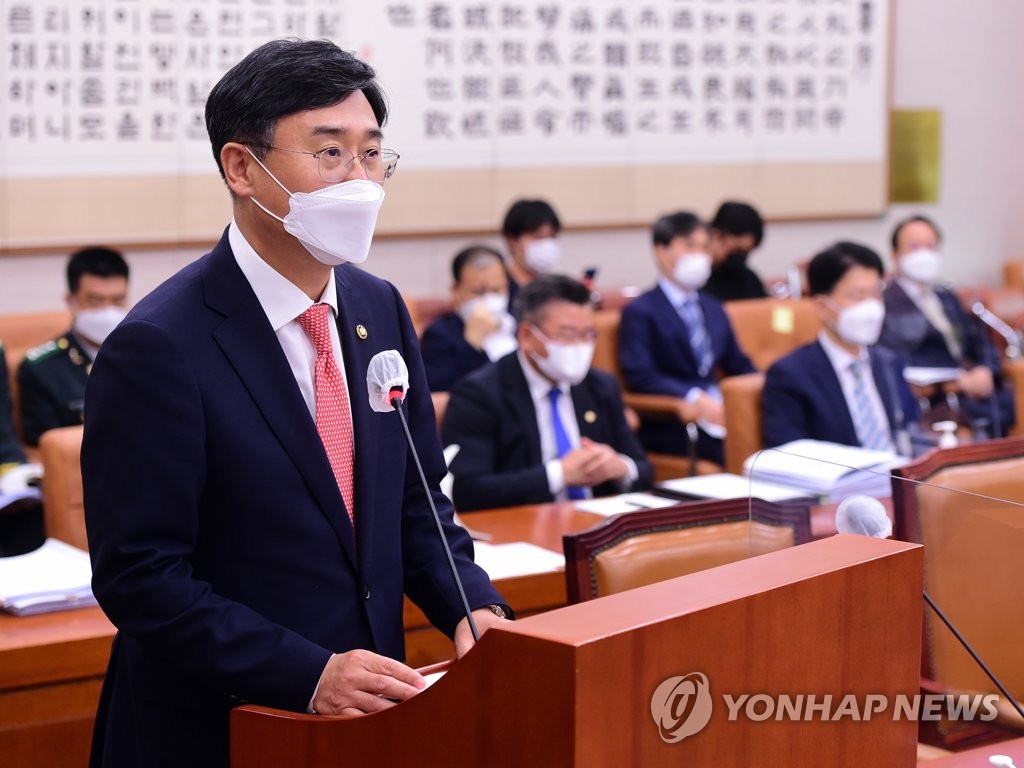