SEOUL, Sept. 22 (Yonhap) -- With the clock ticking down fast toward the FIFA World Cup in November, South Korea head coach Paulo Bento will take every opportunity he can take to experiment with his tactics.

Matches against Costa Rica on Friday and then Cameroon next Tuesday will offer those precious chances. 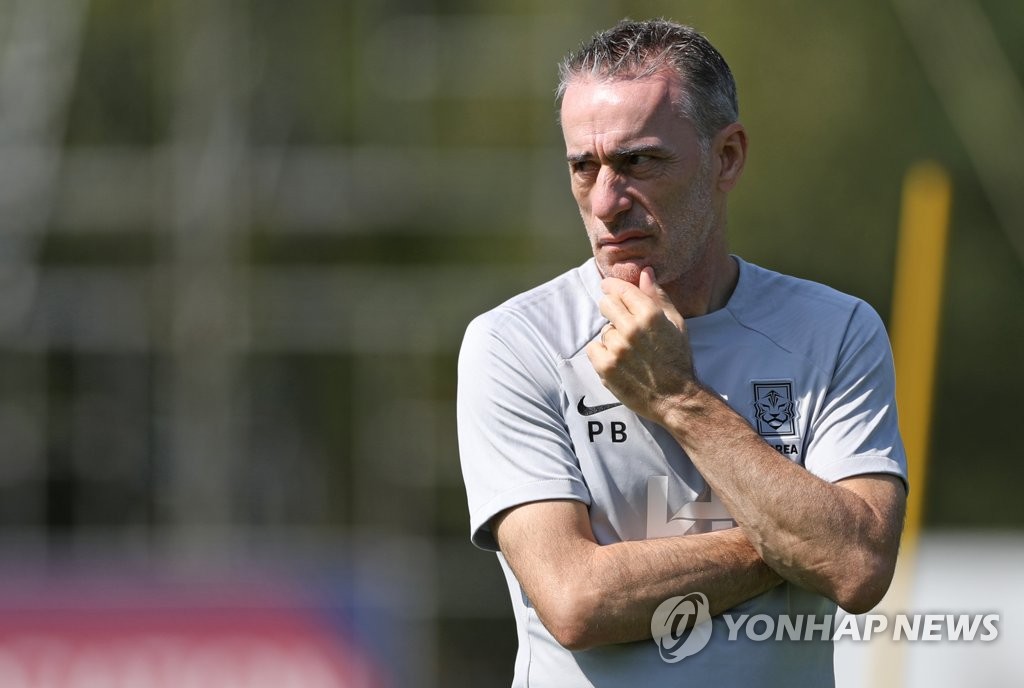 These two matches will be the final ones that South Korea will play at full strength prior to the FIFA World Cup in Qatar. The Korea Football Association (KFA) is trying to schedule one last match at home as a sendoff in November, but that game will not include overseas-based players.

With 26 players on hand, many with positional flexibility, Bento said he will have "more than one possibility to build the (starting) list."

"We know that we have many, many players that can play in more than one position," he said. "And we should be able to use all of them in the best possible way."

Bento also said he'd like to have a closer look at players who haven't played much internationally so far, using defender Yoon Jong-gyu, who has collected only two caps, as an example. 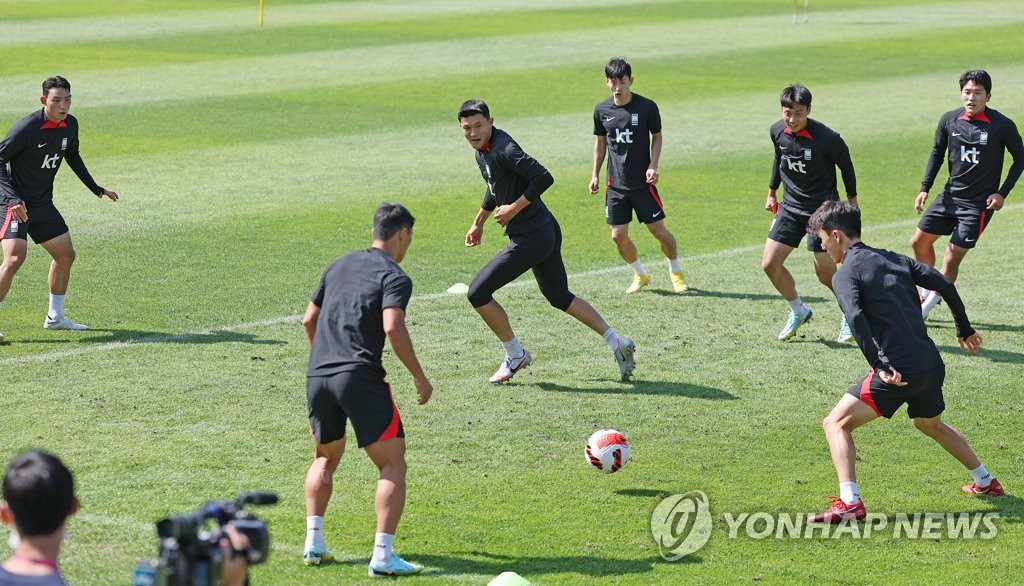 "We will check him in a different context and then, we'll have time to analyze and make the final choice," he said. "This kind of decision is just one possibility. We have other ones. We need to analyze everything in order to take the best decision for the World Cup."

One player that has grabbed headlines by his mere presence on the team is midfielder Lee Kang-in. The 21-year-old rising star for RCD Mallorca earned his first callup since March 2021 with some stellar play in the top Spanish competition.

Bento's possible usage of Lee, who has handled multiple positions for his club this season, has been a subject of intense speculation among fans. But Bento kept things close to the vest.

"I will use him if the team needs him. We will choose the best starting XI to begin each game. Then we will see if he's going to be a part of some of them, or if we will use him during the game," Bento said. "We're thinking about the team, not about individual players. I understand that for the press and for fans, sometimes it's very important, the individual aspect. As a coach, the collective aspect is much more important than the individual one." 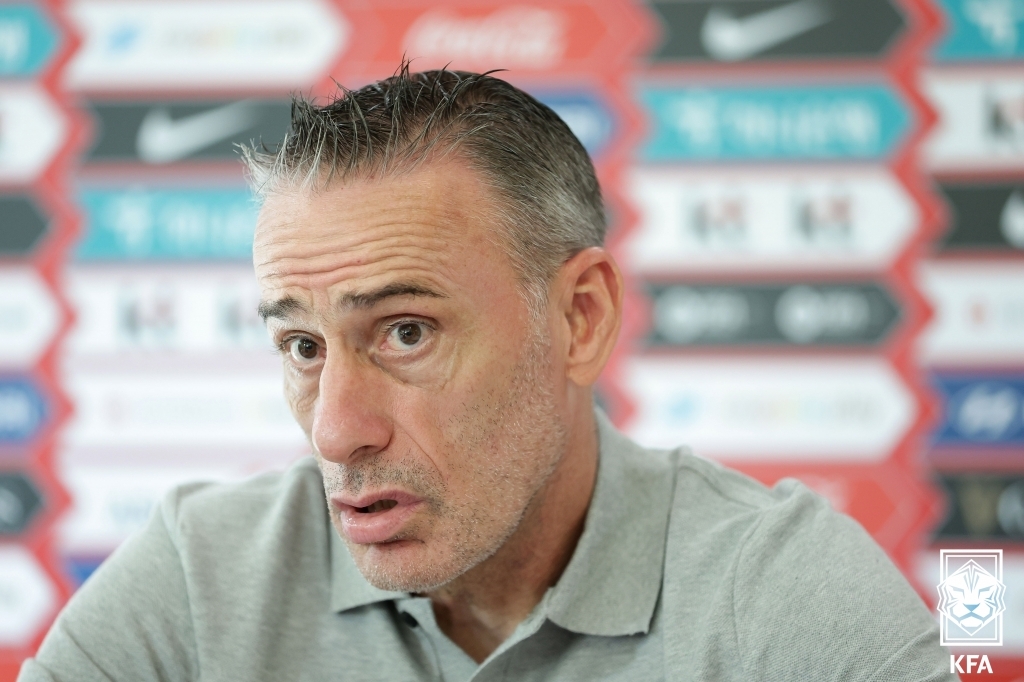