SUWON, South Korea, Sept. 22 (Yonhap) -- A district court on Thursday handed out a seven-year prison term to Rep. Jung Chan-min of the ruling People Power Party (PPP) in a bribery case, a sentence heavy enough to remove him from parliament if confirmed by the Supreme Court.

Jung was charged with taking some 350 million won (US$247,770) worth of bribes from a real estate developer between 2016 and 2017 in return for business favors while he was serving as the mayor of Yongin in Gyeonggi Province.

The lawmaker allegedly promised construction permits and licenses for the real estate developer's 2014 project to build homes in the Bora-dong area of Yongin. Jung's elder brother and friends in return purchased land in the area from the company at significantly lower prices, according to police investigations.

The Suwon District Court on Thursday sentenced Jung to seven years behind bars along with a fine of 500 million won. The lawmaker was imprisoned shortly after the sentence was given.

The sentence, if finalized at the Supreme Court, will strip Jung of his parliamentary seat, as, by law, lawmakers sentenced to a prison term become unqualified to run for an official election. 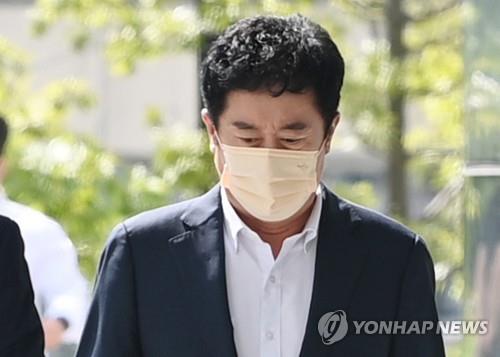