SEOUL, Sept. 23 (Yonhap) -- An imposing U.S. aircraft carrier is set to arrive in South Korea on Friday for its first combined drills with the South Korean Navy near the peninsula in five years, as the allies are striving to reinforce deterrence against evolving North Korean military threats.

The nuclear-powered USS Ronald Reagan is slated to dock at ROK Fleet Command in Busan, 390 kilometers south of Seoul, amid worries about the possibility of the North staging a nuclear test or other provocations. ROK stands for South Korea's official name, Republic of Korea.

"The deployment of the carrier here is designed to demonstrate the robustness of the South Korea-U.S. alliance, and deter North Korea's nuclear and missile threats," a Seoul official told Yonhap News Agency on condition of anonymity.

Commissioned in July 2003, the 97,000-ton, 333-meter-long Ronald Reagan is America's only forward-deployed aircraft carrier. Since 2015, the supercarrier has been based in the Japanese city of Yokosuka, which is home to the U.S. 7th Fleet.

The strike group sails with 33 partners and allies for bilateral or multilateral maritime exercises and operations, according to the U.S. Navy. In 2021, the carrier was deployed to support the withdrawal of U.S. troops and others from Afghanistan. 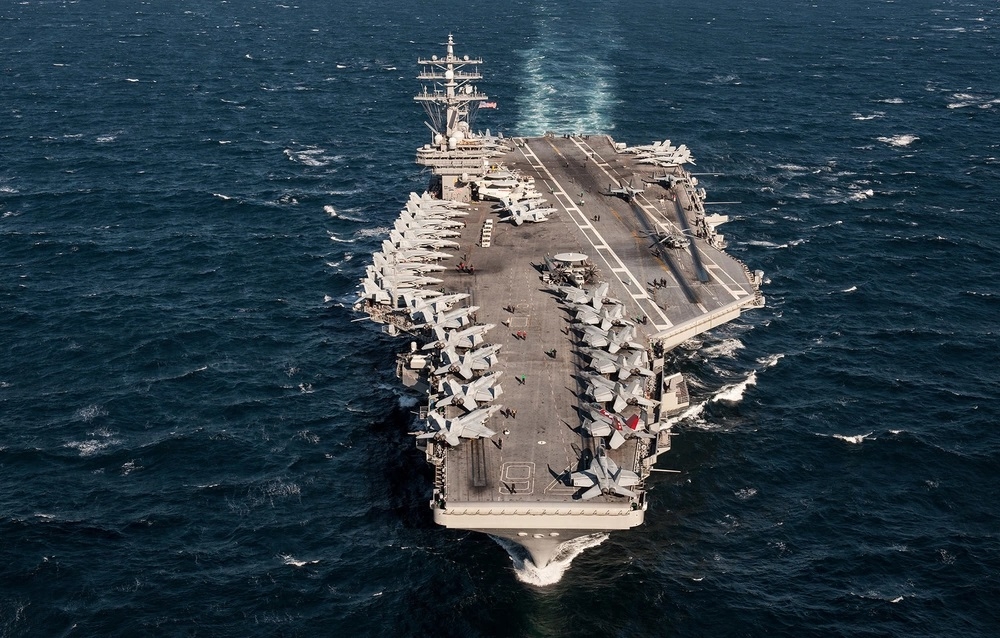