SEOUL, Sept. 23 (Yonhap) -- South Korea's new COVID-19 cases fell to the lowest Friday tally in 11 weeks in the latest sign of a downward trend ahead of the planned lifting of all outdoor mask mandates next week.

The country reported 29,108 new COVID-19 infections, including 303 from overseas, bringing the total caseload to 24,565,021, the Korea Disease Control and Prevention Agency (KDCA) said.

The new daily figure is the lowest of all Friday tallies since cases dropped to 19,295 on July 8.

The number of critically ill patients came to 399, down 29 from a day earlier.

The sixth and latest wave of the omicron variant took on the peninsular country in early July and peaked slightly over 180,000 cases in mid-August. 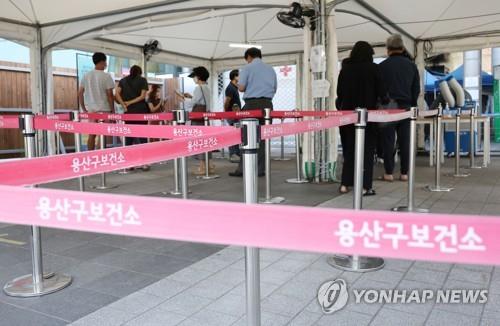 Health authorities believe the virus' sixth resurgence seems to have peaked out for a steady decline, with a faster decrease in the number of new cases and deaths compared to the fifth wave.

Prime Minister Han Duck-soo said that the lifting of the mask wearing requirement for large outdoor gatherings, such as sporting events and concerts, will take effect next Monday, citing the country is "clearly overcoming" a resurgence in COVID-19 cases.

In May, the government lifted the outdoor mask mandate for individuals but kept the mask rule for large outdoor group gatherings, such as sporting and concert events, and outdoor rallies.

However, authorities strongly recommended wearing masks outdoors for suspected COVID-19 patients and those who are highly vulnerable to the virus.

Authorities said such agenda requires more data on "the virus toll and the effect (of the lifting)," as well as discussions on "conditions to bring back the mask mandate if the (virus) circumstances worsen," according to the KDCA.

Experts are primarily divided over whether to lift all indoor mask curbs except in medical clinics, nursing hospitals and public transportation or to wait until more concrete conditions are met.

Amid the virus' downturn, the KDCA reported that most of the local population has an antibody to COVID-19.

The KDCA expected that a considerable number of people seem to have recovered from the virus without reporting their infections.

The KDCA's survey showed that minors, with a lower vaccination rate than those of seniors, displayed a higher rate of antibody formation.

Gender did not have meaningful relevance to the formation rate of antibodies, the survey showed. 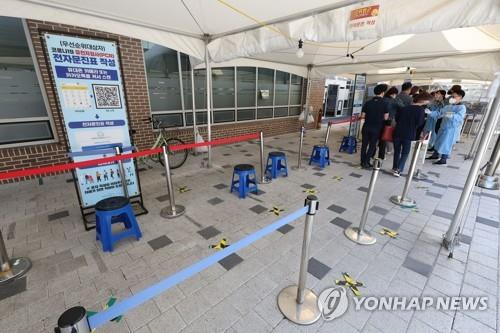