The Middle Eastern country issued an operating license for the Unit 3 reactor in June, and it wrapped up a test run, according to Korea Electric Power Corp. (KEPCO) and the Emirates Nuclear Energy Corporation (ENEC).

Its commercial operation will begin next year after being connected to the national grid and further tests, they said.

It is one of the four nuclear reactors built in Barakah, 270 kilometers west of Abu Dhabi, under a US$20 billion contract won by a KEPCO-led consortium in 2009. The project marked South Korea's first export of a homegrown commercial atomic power plant.

The first Barakah unit began commercial operations in April 2021, and the second one in March this year.

The Unit 3 will add 1,400 megawatts of zero-carbon emission electricity to the UAE's grid, bringing the total produced by the two units to 4,200 megawatts, according to KEPCO.

When the four units are in commercial operation, the Barakah plant will produce up to 25 percent of the UAE's electricity needs and will prevent about 22.4 million tons of carbon emissions annually, according to the ENEC. 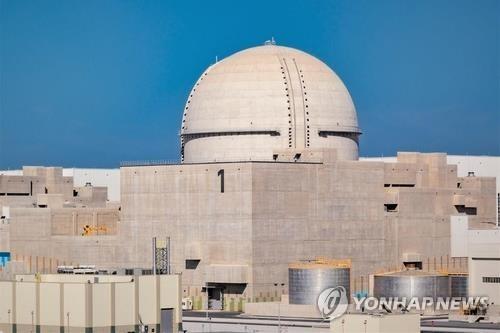