Citing satellite images taken by Planet Labs, the Voice of America, a U.S.-based news outlet, earlier reported that the North appears to have taken down the dome-shaped roof of the House of Culture, a 620-seat indoor performance hall with investments from the South reaching around 30 billion won (US$21.3 million).

"Our government will make it clear once again that North Korea's action is a clear violation of inter-Korean agreements and an infringement of our property rights, and all responsibility lies with the North," the ministry's deputy spokesperson, Lee Hyo-jung, said during a regular press briefing. "We urge North Korea to immediately stop its unilateral measures and to come forward to work out a solution through dialogue."

Since March this year, the North has been dismantling the resort's facilities, including the floating Haegumgang Hotel, the Ananti Golf Resort, Onjong Pavilion and more recently, the House of Culture, according to the ministry.

Pyongyang earlier announced it would remove the facilities at Mount Kumgang, as its leader Kim Jong-un ordered the authorities to tear down all "unpleasant-looking" facilities at the resort in 2019.

Launched in 1998, the Mount Kumgang tour project was once regarded as a key symbol of inter-Korean reconciliation and economic cooperation. It was suspended in 2008 after a South Korean tourist was shot dead by a North Korean guard near the resort for allegedly intruding into an off-limits area. 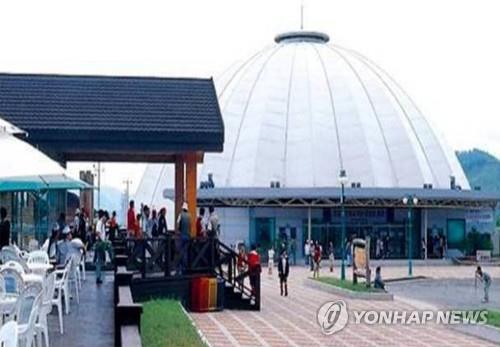