SEOUL, Sept. 23 (Yonhap) -- South Korea's central bank said Friday that it has agreed to open a temporary dollar-for-won currency swap line with the state pension fund in a bid to ease demand for dollars in the domestic foreign exchange market and support the rapidly weakening local currency.

The swap deal will allow the National Pension Service (NPS) to borrow up to US$10 billion from foreign reserves held by the Bank of Korea (BOK) in exchange for its local currency holdings, the BOK said in a press release. The NPS said in a separate release that the deal is expected to be signed next month.

The currency swap deal, which will remain open until the end of this year, is intended to divert demand from the NPS for dollars in the local spot market that has gone through heightened volatility in recent months.

"We hope it will help the NPS to secure necessary funds for overseas investment in a safe manner, while at the same time contributing to the stability of supply and demand in the foreign exchange market by easing demand on the spot market," the BOK said.

The NPS has sharply expanded the portion of its overseas assets that increases its demand for dollars in the market, which has been cited as a factor that is weighing on the won's value.

The won has been depreciating at a fast pace as the dollar has gained ground amid the U.S. Federal Reserve's aggressive monetary tightening to tame inflation.

On Thursday, the won tumbled through the 1,400 mark for the first time in over 13 years in the wake of the Fed's 75 basis point rate increase for a third straight time.

The BOK-NPS currency swap deal is the first of its kind since a similar agreement was signed in 2005. They, however, closed the line in 2008 as the BOK worried about dollar shortages in the midst of the financial crisis.

The BOK said that any decline in its foreign reserves caused by the swap deal would be "temporary" and all the dollar withdrawals will be redeemed on expiration dates that will last either 6 months or 12 months. There will be no rollovers, it added.

According to central bank data, the country's foreign reserves stood at $436.4 billion as of end-August, down $2.2 billion from the previous month. 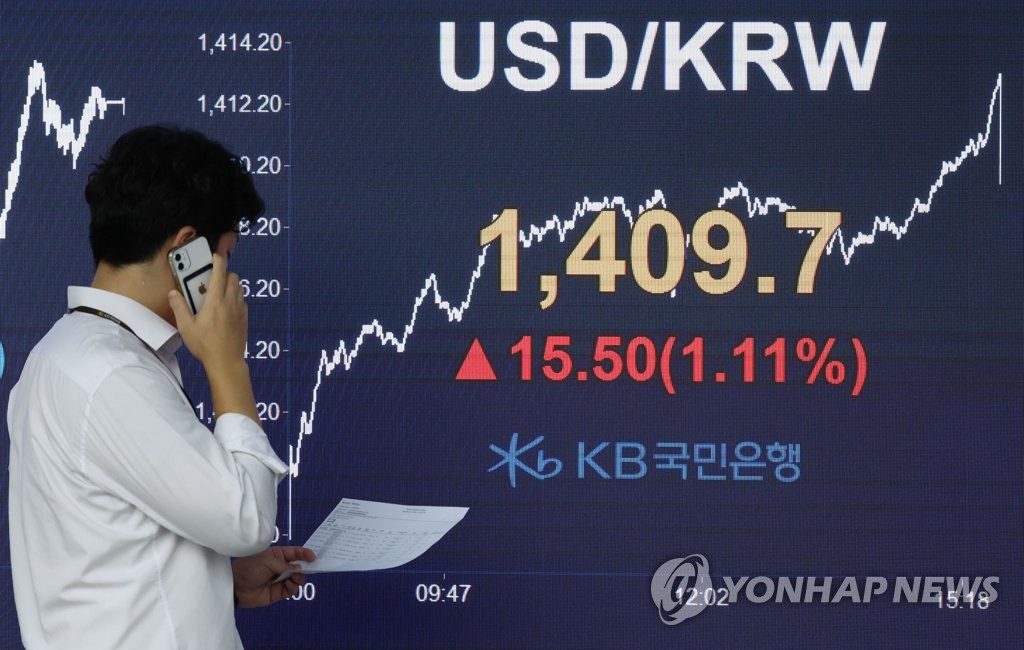