SEOUL, Sept. 23 (Yonhap) -- An appellate court on Friday handed out a 40-year prison sentence to a 36-year-old man for stalking and brutally murdering his ex-girlfriend last year after the couple broke up, a sentence heavier than a lower court's 35-year term.

Kim Byung-chan was convicted of stabbing the ex-girlfriend in her 30s multiple times at her studio apartment in central Seoul in November of last year. He had stalked her since their breakup in the second half of 2020.

At the time of her death, she was under police protection after filing four complaints against Kim. A restraining order was in place on him.

The case has drawn public fury upon revelations the victim called for police help twice via a police-issued smartwatch on the day of her death, but officers arrived at the scene late due to the device's malfunctioning.

The Seoul High Court on Friday confirmed the lower court's conviction of Kim on revenge murder and other charges, while increasing the prison term by five years on the grounds that Kim is not seriously remorseful.

"It's doubtful whether Kim is repenting earnestly given that he is continuing to repeat the claim that he wasn't seeking revenge," the court said, rejecting his defense that the killing was accidental.

"It appears Kim killed the victim for revenge out of anger over her filing for a restraining order and others," the court noted.

Prosecutors had demanded a life sentence for Kim both in the district and appellate court trials.

The appeals court also upheld the lower court's order for Kim to wear a tracking device for 15 years. 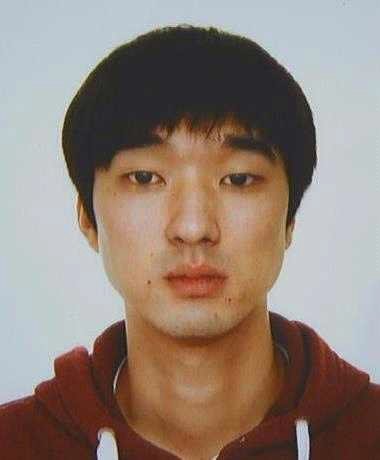