SEOUL, Sept. 23 (Yonhap) -- The prosecution on Friday granted an additional three-month suspension of the prison sentence for former President Lee Myung-bak, who has been out of prison for health problems, officials said.

Lee was released from prison in late June after the prosecution initially suspended his 17-year prison sentence for three months due to chronic illnesses, including diabetes.

Lee recently filed a request for an extension of the suspension, set to expire in late September.

Lee, president from 2008 to 2013, had been serving the sentence since the Supreme Court finalized the 17-year prison term in October 2020 on charges of embezzlement and bribery.

The 81-year-old was excluded from the presidential pardons carried out last month, due apparently to concern that pardoning the unpopular former leader could worsen President Yoon Suk-yeol's already low approval ratings. 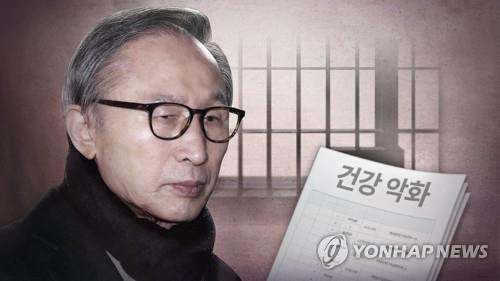