South Korea, world No. 28, were about 10 minutes from a frustrating loss to the 34th-ranked Costa Rica, when the Costa Rican goalkeeper Esteban Alvarado was shown the red card for grabbing the ball outside the box.

After a few minutes of delay, Son stepped up to score a free kick from just outside the box to salvage the draw before a sellout crowd of 37,581 at Goyang Stadium in Goyang, just northwest of Seoul. 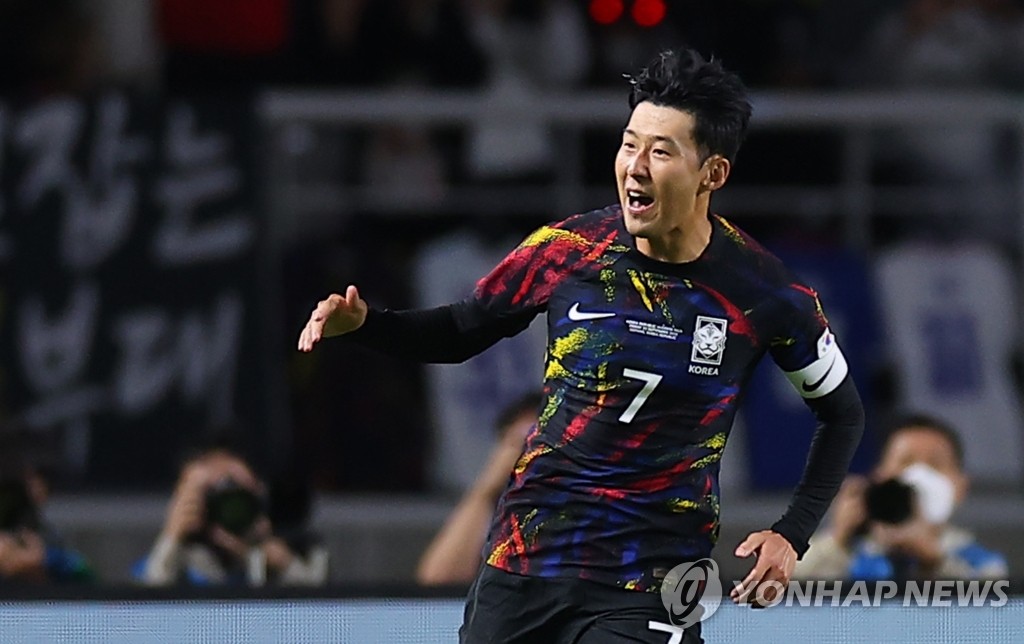 South Korea will next face Cameroon at Seoul World Cup Stadium on Tuesday. These two matches are South Korea's final World Cup tuneups at full strength. They are hoping to schedule a sendoff game in November before departing for Qatar but that match will not feature overseas-based stars.

South Korea spent the majority of the opening moments in the Costa Rican zone, applying constant pressure with some deft passes and quick moves by attackers off the ball. 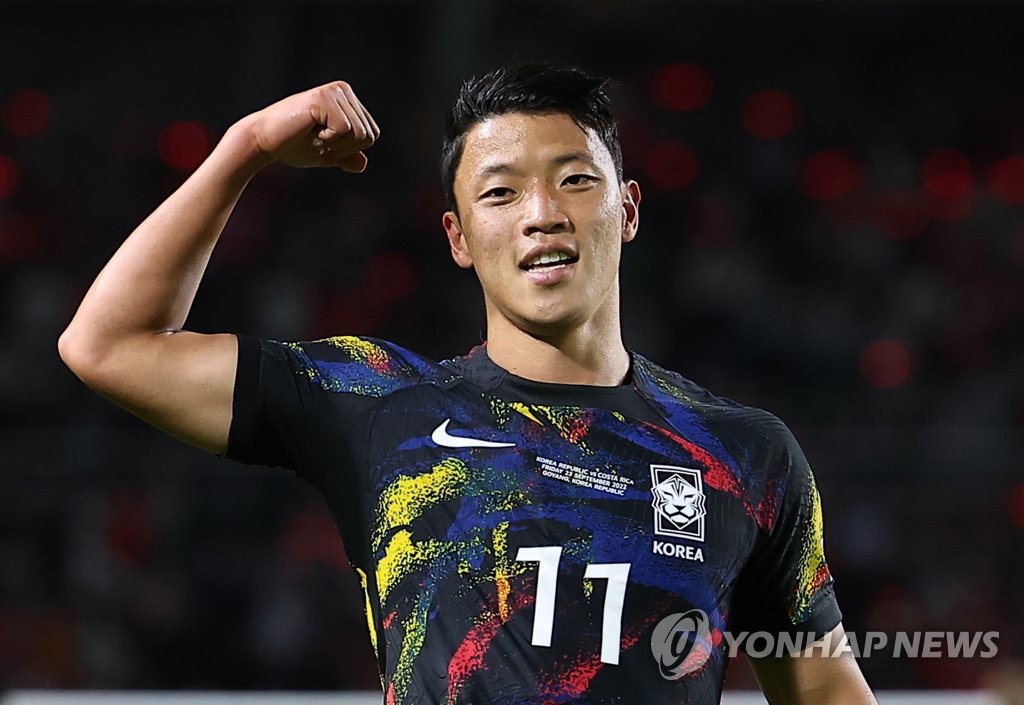 Son Heung-min sent his left-footed shot over the net in the 13th minute, and he and Hwang Hee-chan had their shots blocked by desperate Costa Rican defenders during the 17th-minute flurry.

South Korea finally broke the ice in the 28th minute. Right back Yoon Jong-gyu, after getting the ball back following a throw-in, froze several defenders with a hesitation move on the right wing, and then found Hwang Hee-chan all alone just outside the box. Hwang had all the time in the world to launch a left-footed shot that found the bottom right corner.

Costa Rica started pushing back. In the 34th, Gerson Torres' goal was called back when Anthony Contreras was caught in an offside position. 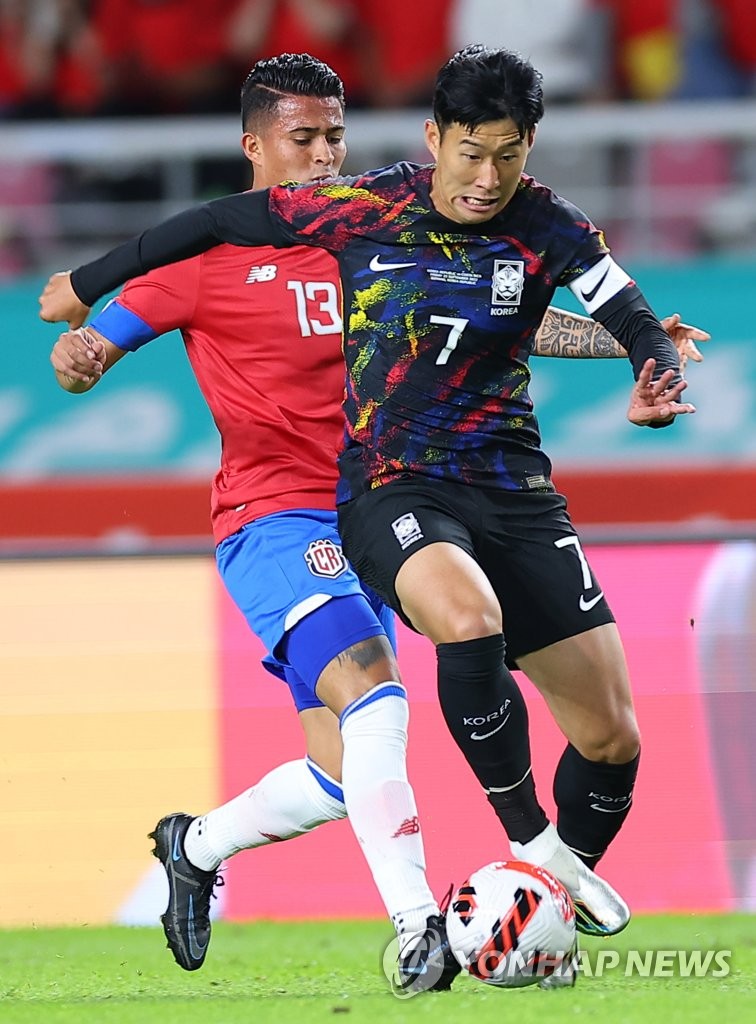 South Korea nearly doubled their lead four minutes later, but it was defender Francisco Calvo, not goalkeeper Esteban Alvarado, who came through with game-saving stops. With Alvarado caught out of position, Calvo first deflected a Son Heung-min shot with his left foot standing just outside the goal line, and then headed a Kwon Chang-hoon volley out of play.

Costa Rica pulled even in the 41st minute, when Torres' cross from the right side sailed over multiple bodies and connected with Jewison Bennette's head. It was the first international goal for the 18-year-old midfielder for Sunderland.

Bennette wasn't done. Joel Campbell started a fast break after stripping Son of the ball in midfield, and after Anthony Contreras' initial shot was saved, Bennette pounced on the rebound to put Costa Rica ahead 2-1 in the 64th minute.

Hwang Ui-jo soon came within inches of leveling the score for South Korea, as he hit the bottom of the crossbar from the goalmouth after some great individual effort by Hwang Hee-chan created the opportunity.

Son drove in alone on Alvarado in the 77th but shot the ball right at the goalkeeper, who just had to put his hands up to foil the equalizer bid.

The match took a bizarre turn in the 81st minute with Alvarado's ill-advised play outside the box to foil a potential South Korean fast break.

Son, as he has done many times, rose to the occasion with a right-footed free kick that left new goalkeeper, Patrick Sequeira, nearly frozen in his spot. 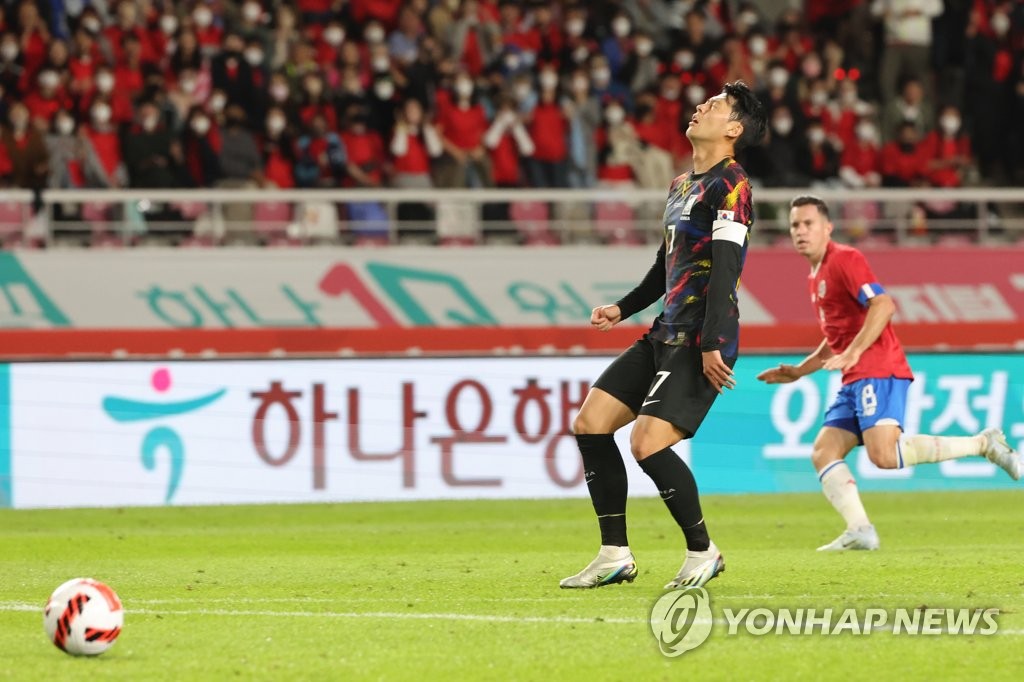