GOYANG, South Korea, Sept. 23 (Yonhap) -- Son Heung-min's dramatic free kick goal that salvaged a 2-2 draw for South Korea against Costa Rica might have been enough to send thousands of fans home happy on Friday. The latest World Cup tuneup match, after all, had some entertaining moments.

However, Son's equalizer also helped mask South Korea's defensive flaws that must be addressed with the start of the World Cup just about two months away. 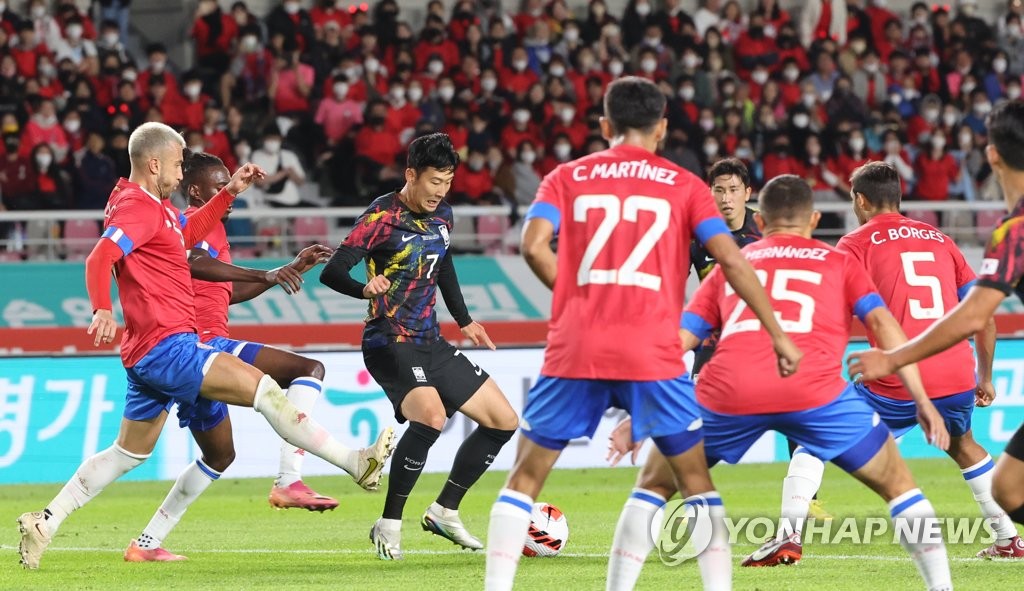 Prior to the match, South Korea head coach Paulo Bento declared he would try different tactical systems against Costa Rica and then against Cameroon, their next opponent Tuesday. While the big picture remained mostly the same Friday compared to previous matches, South Korea's two fullbacks, Kim Jin-su on the left and Yoon Jong-gyu on the right, played with noted aggressiveness in the attacking zone.

However, their forays into the offensive zone left some glaring holes behind them, and they were not effectively covered up by midfielders or other defenders.

In a way, such tactics were understandable. South Korea could justifiably believe they could push around Costa Rica on offense and create scoring chances at will, even if it meant doing so at the expense of keeping things tight in their own zone.

Yoon, for instance, mostly hung around on the right wing of the attacking zone in the first half. It was his sharp pass that set up Hwang Hee-chan's first goal for South Korea in the 28th.

But Yoon was badly exposed on defense, as Costa Rica's veteran left back, Bryan Oviedo, looked to exploit some extra space behind Yoon. The 24-year-old was playing in just his third international match, and it showed in his struggles with transition defense and positioning. 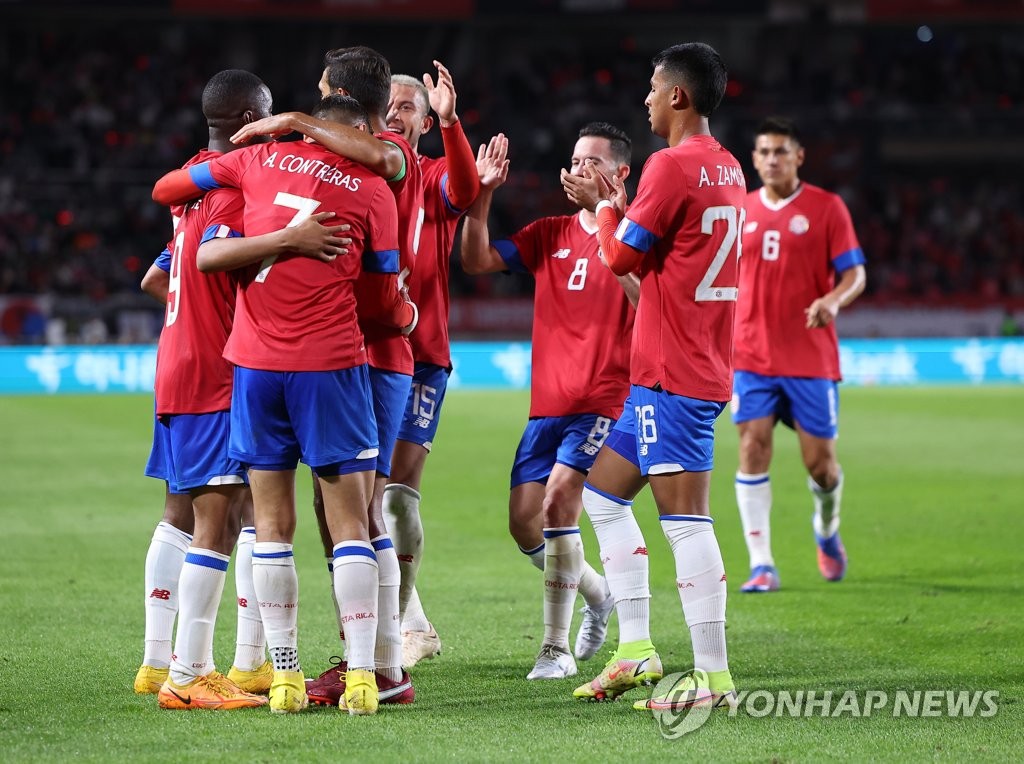 Jewison Bennette headed in Costa Rica's first goal on the left side, after a cross from the right side sailed over scrambling Korean defenders who looked lost and confused.

On the second goal, also by Bennette, South Korean defenders were pushed to the back of their heels on a fast break, and failed to clear the rebound from Anthony Contreras' initial shot.

The right back position has long presented problems for South Korea, with slow, aging veterans not being pushed by any ascendant young players.

In his prematch press conference Thursday, Bento singled out Yoon as a young player who will get a look in the national team context this month. One match is clearly small sample but the result was far from encouraging.

"Yoon Jong-gyu looked fine on the offensive end, but he looked shaky on defense," said KBS football analyst Hahn June-hea. "If we're to assume that the players we have here today will go to the World Cup, then they have to be much better than this. It's never ideal to show these issues at home against a team like Costa Rica."

Bento came to Yoon's defense in his postmatch press conference, saying, "He played a good game."

"It's the first time he is with the whole group in the normal context (with all overseas-based players in the mix)," the coach said. "I need to make some choices. Today, it was Jong-gyu. Tuesday, we will see a different option and we will take the final decision (for the World Cup) later." 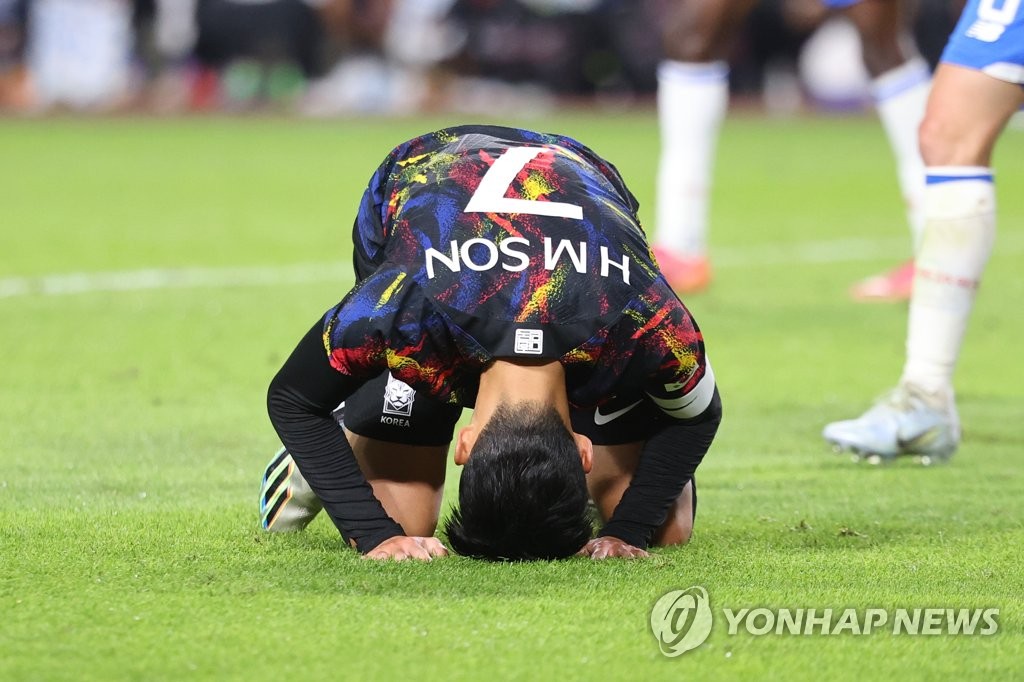