SEOUL, Sept. 24 (Yonhap) -- Im Sung-jae was the only South Korean golfer to avoid defeat for the International Team on Day 2 of the Presidents Cup, with the United States taking a stranglehold on the match play event.

Im and Sebastian Munoz of Colombia held Scottie Scheffler and Sam Burns to a tie in their fourball match at Quail Hollow Club in Charlotte, North Carolina, on Friday (local time). It was the second day of the biennial competition pitting non-European international players against Americans. Im is playing at his second Presidents Cup. 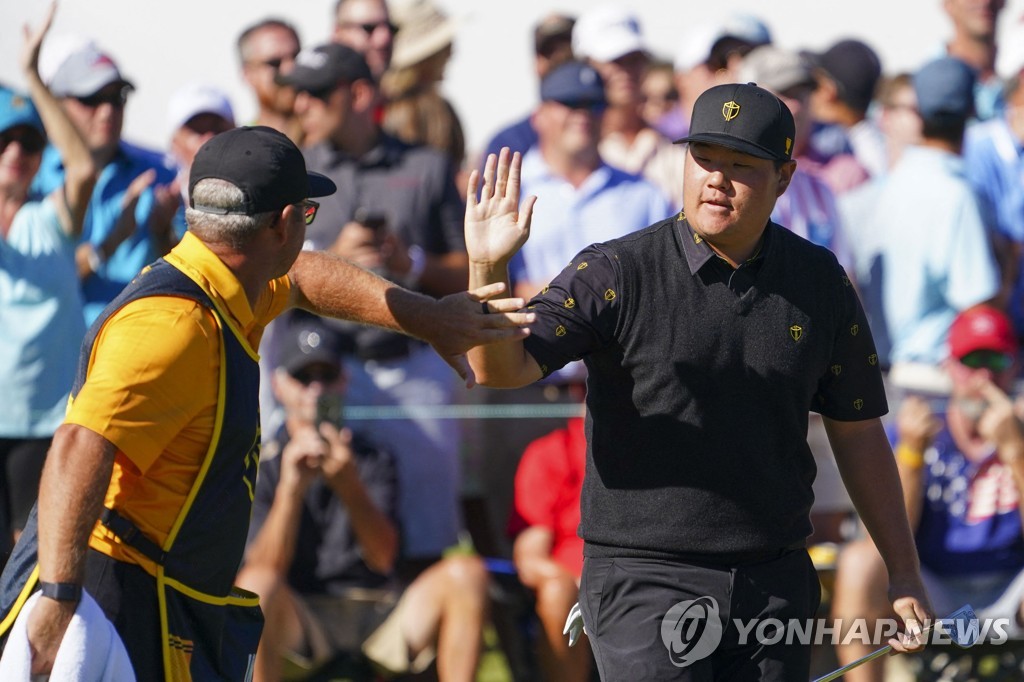 In the fourball format, players each play their own balls, and the better score of the two in a tandem becomes that team's final score on each hole.

With that tie, secured with Munoz's par at the 17th hole, the International Team secured a half point.

Mito Pereira of Chile and Christiaan Bezuidenhout of South Africa also grabbed a half point for the Internationals thanks to a tie against Kevin Kisner and Cameron Young. But the U.S. team won three other fourball matches Friday to open up an 8-2 lead with two days to go.

Kim Joo-hyung was the only other South Korean in action Friday, but he and Hideki Matsuyama of Japan lost to Patrick Cantlay and Xander Schauffele 3 & 2.

Kim Si-woo and Lee Kyoung-hoon, the remaining members of the South Korean contingent, did not play in the fourball session.

These four golfers represent the largest group of South Koreans at a single Presidents Cup, but only Kim Si-woo has enjoyed a victory so far. 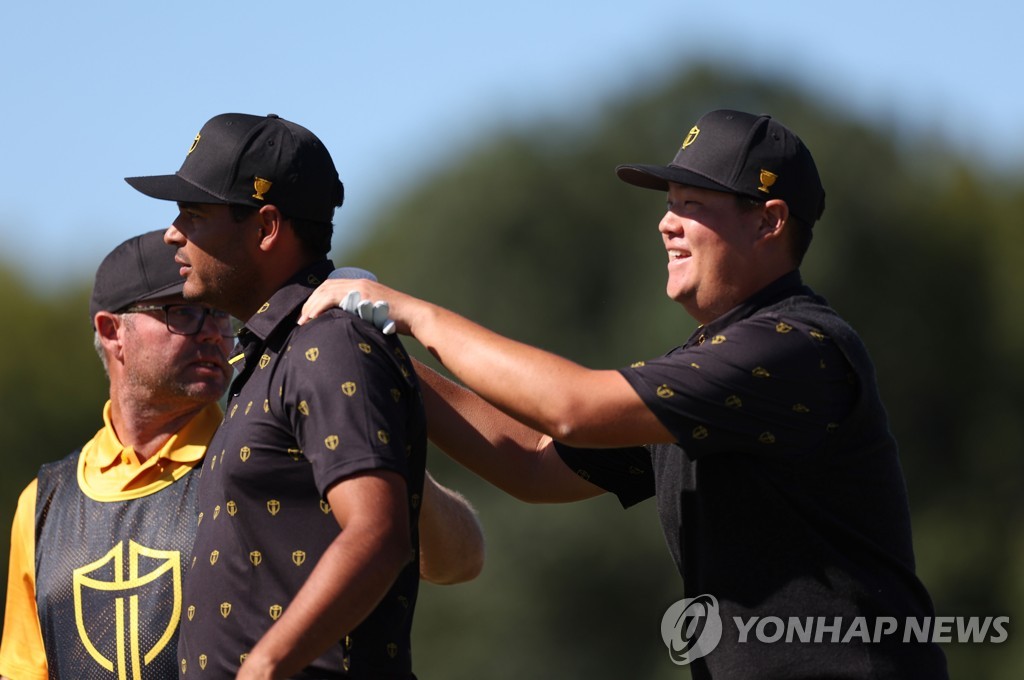 This is the 14th edition of the Presidents Cup. The U.S. has won 11, with one loss and one tie so far. The Americans are on the verge of extending their winning streak to nine. They just need 7.5 more points to accomplish that.

The competition will resume Saturday morning with foursome matches, where players will take turns hitting shots.

All four South Koreans will be in action. Im will play with Canadian Corey Conners against Jordan Spieth and Justin Thomas. Lee and Kim Joo-hyung will take on Scheffler and Burns. Kim Si-woo and Cam Davis, who won their foursome match Thursday, will face Tony Finau and Max Homa.