The sequel to the 2021 drama was revealed Saturday at Tudum, the global fan event of the streaming service.

"Fans can look forward to Season 2 exploring the themes of mortality, sin, and justice with greater scale and depth," the company said in a press release.

Directed by Yeon Sang-ho and based on a webtoon with the same title by Yeon and Choi Gyu-seok, the six-part first season featured supernatural beings appearing out of nowhere to condemn people to hell, and a religious group flourishing as people searched for answers amid the chaos.

The second season will again be directed by Yeon and co-written by Choi, Netflix said. 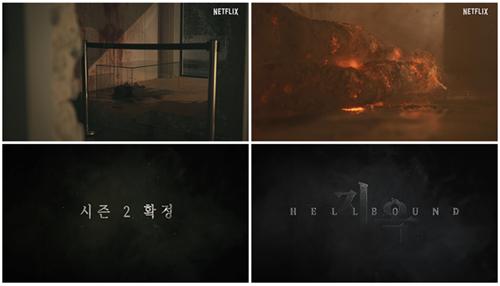