SEOUL, Sept. 25 (Yonhap) -- The government and the ruling People Power Party (PPP) agreed Sunday to purchase 450,000 tons of rice to be harvested this year for its reserves of the staple grain as they seek to stabilize rice prices, a PPP official said.

The amount is a sharp increase from the 350,000 tons purchased a year earlier and the largest tally since 2005.

The planned purchase is likely to have an impact of "isolating" 450,000 tons of rice from the market, PPP spokesperson Park Jeong-ha told reporters.

The plan came after Prime Minister Han Duck-soo, leaders of the PPP and senior presidential officials held a meeting earlier in the day.

The government has said it will purchase the rice at the average market price estimated from Oct. 5 to Dec. 25. The government will initially pay 30,000 won (US$22.2) per 40-kilogram bag and hand out the remaining amount by the end of 2022.

The ministry said it has earmarked 1 trillion won for this year's purchase of rice for the country's reserves.

South Korea has been struggling to cope with a glut of rice, a key staple food for Koreans, and its falling prices as consumption has been on a steady decline in recent decades due to changes in diet and eating habits. 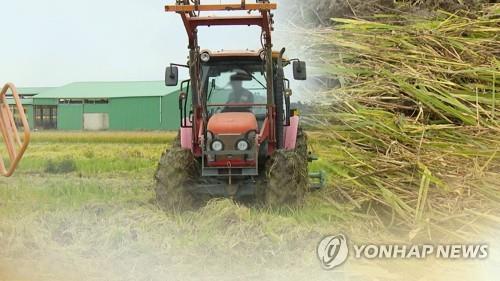