Jo Yong-won, secretary for organizational affairs of the ruling Workers' Party's Central Committee, presided over the politburo meeting the previous day, according to the official Korean Central News Agency (KCNA).

Officials at the meeting adopted an important resolution after discussing the issue of thoroughly implementing the North's agriculture policies and examining this year's farming, according to the KCNA.

The meeting also "stressed the need to mobilize all forces and means to the immediate harvesting and threshing, improve cereal procurement and supply and wage intensive struggle against all acts hindering the execution of the cereal policy of the Party and the state," it added.

North Korea is known for chronic food shortages that have been apparently aggravated in recent years due to typhoons, flooding and the coronavirus pandemic. 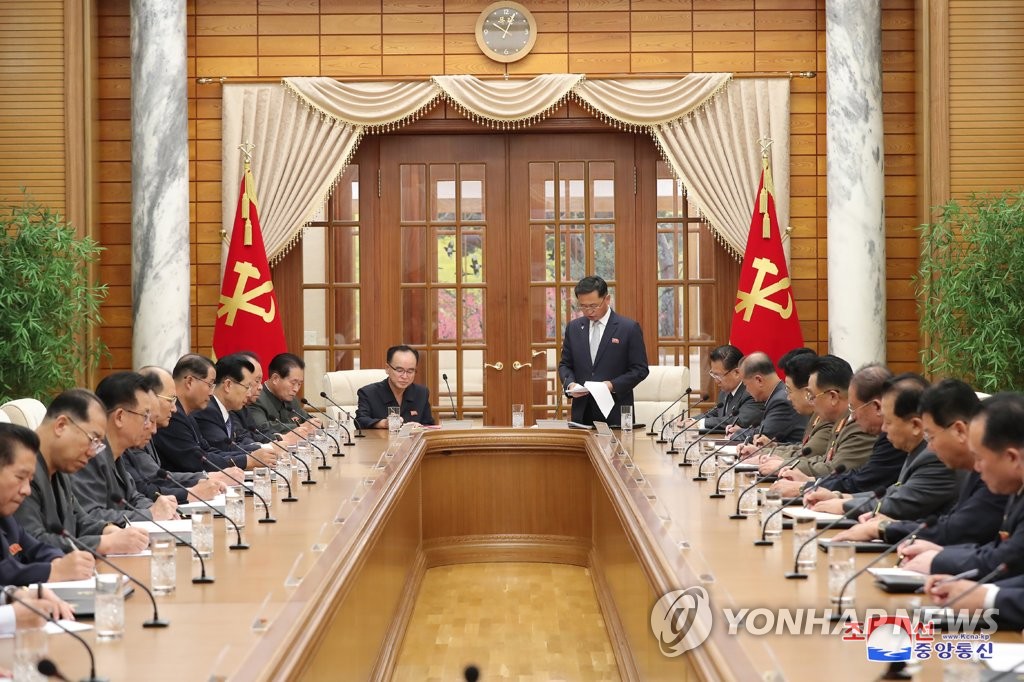