SEOUL, Sept. 26 (Yonhap) -- A final day surge by South Korean golfers proved too little, too late at the Presidents Cup, as the International Team fell to the United States at the biennial match play golf competition for the ninth consecutive time.

The U.S. defeated the International Team, made up of players from outside America and Europe, by the score of 17.5-12.5 at Quail Hollow Club in Charlotte, North Carolina, after the end of the 12 singles matches Sunday (local time). Three of the four South Koreans won their singles matches for the Internationals, but their effort wasn't enough to erase an 11-7 deficit that their team had faced at the start of Sunday. The Internationals won five of the 12 singles Sunday.

Leading off the singles, Kim Si-woo beat Justin Thomas, a two-time major champion and a former world No. 1, by the score of 1-up. Thomas was 2-up at the turn, but Kim poured in five birdies, including one at the 18th, to complete the comeback victory. Thomas had been undefeated at this year's event until that loss. 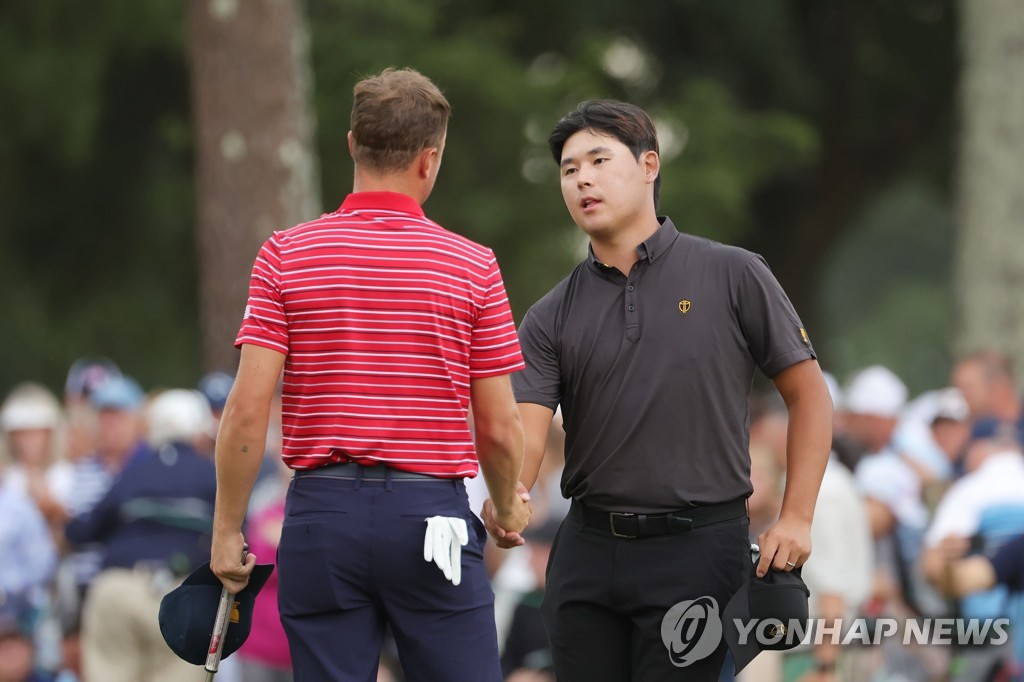 Of the next six matches, though, the U.S. went 4-1-1 (wins-losses-ties) to essentially put the trophy out of the Internationals' reach.

Then three other South Koreans, Im Sung-jae, Lee Kyoung-hoon and Kim Joo-hyung, played in the eighth, ninth and 10th matches: Im defeated Cameron Young 1-up and Lee handled Billy Horschel 3 & 1 after never once trailing in their matches.

Kim Joo-hyung, who gave the Internationals a much-needed lift in Saturday's fourball action, lost to Max Homa 1-up.

Kim was 3-up through 11 holes, before Homa dropped four consecutive birdies from the 12th to 15th to take a 1-up lead. Kim committed three bogeys in that same stretch and could not recover over the last three holes. 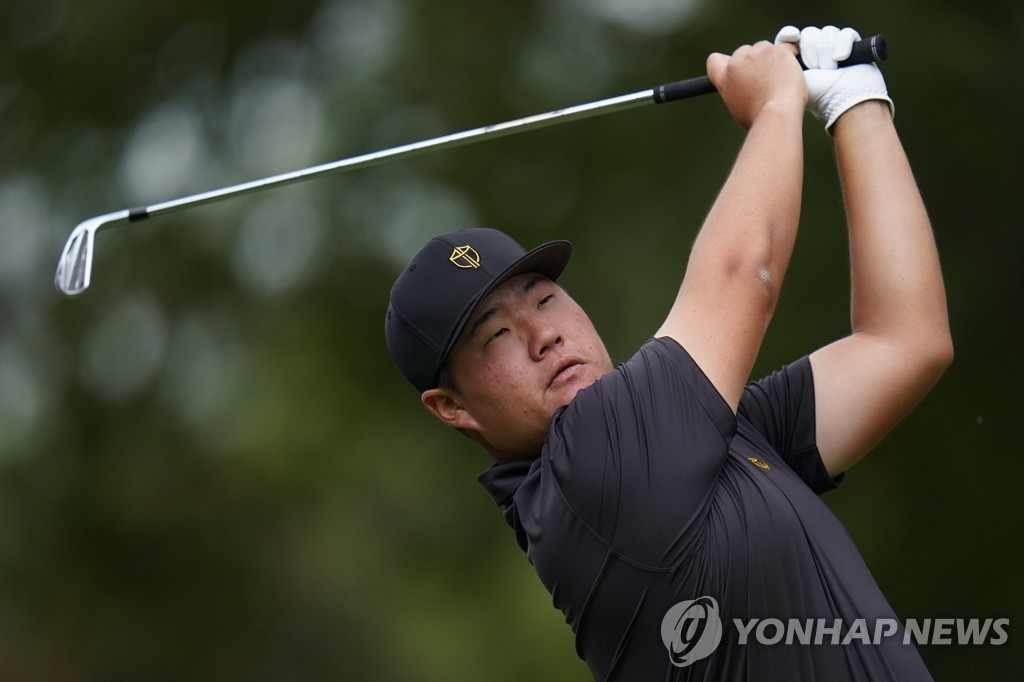 Though the Internationals lost for the 12th time in 14 Presidents Cups, the South Koreans did their part. Kim Si-woo, in his second appearance, posted three points, followed by 2.5 points from Im, another second-time contestant. Kim Joo-hyung and Lee, both of them rookies, each had two points.

Each match victory is worth a point and a tie is good for a half-point for both sides. 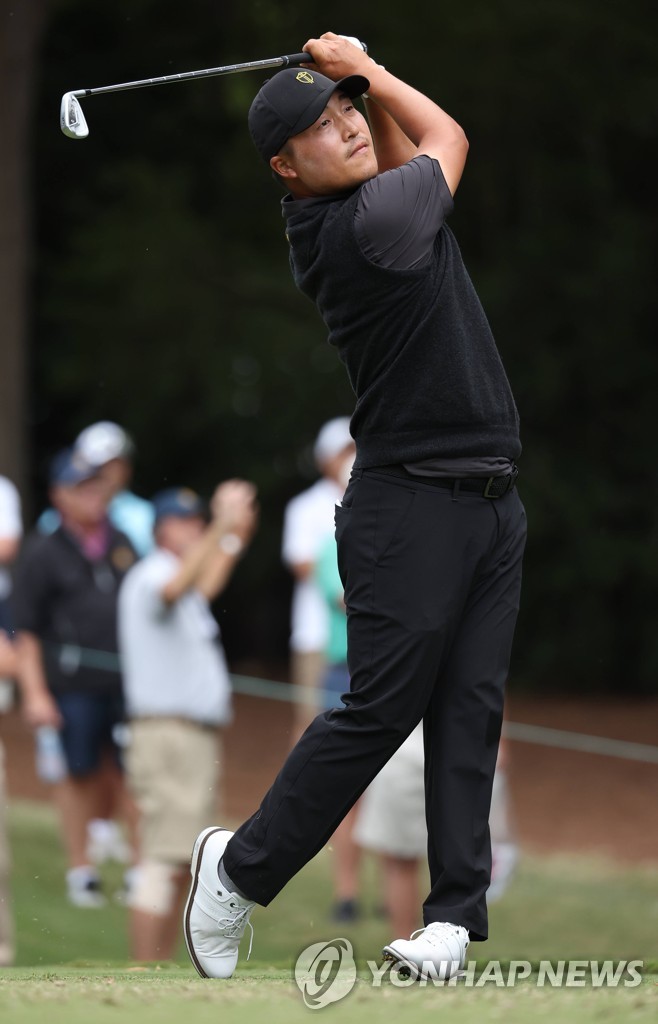 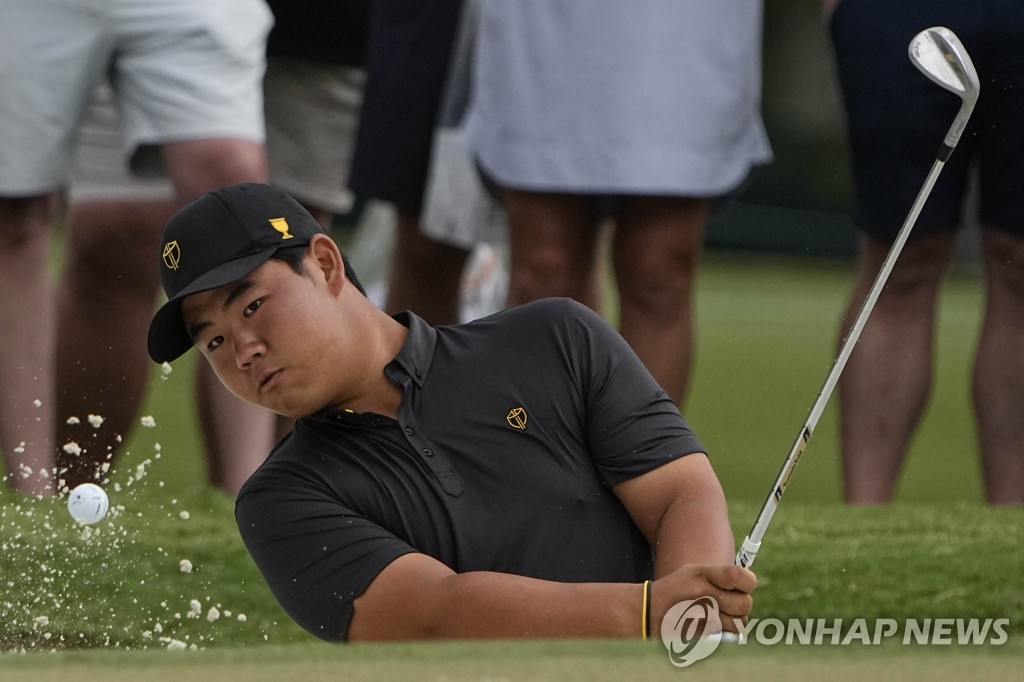 S. Korean effort not enough as Internationals fall to U.S. at Presidents Cup

S. Korean effort not enough as Internationals fall to U.S. at Presidents Cup