Last week, Yoon was caught on video making a remark privately to aides in New York that appeared to include vulgar words. Though the recording was not clear due to noise, many thought Yoon was talking about U.S. Congress and U.S. President Joe Biden.

"Damaging the alliance with untrue media reports would be putting people in danger," Yoon told reporters, adding that how such incorrect reports have circulated should be clearly verified. 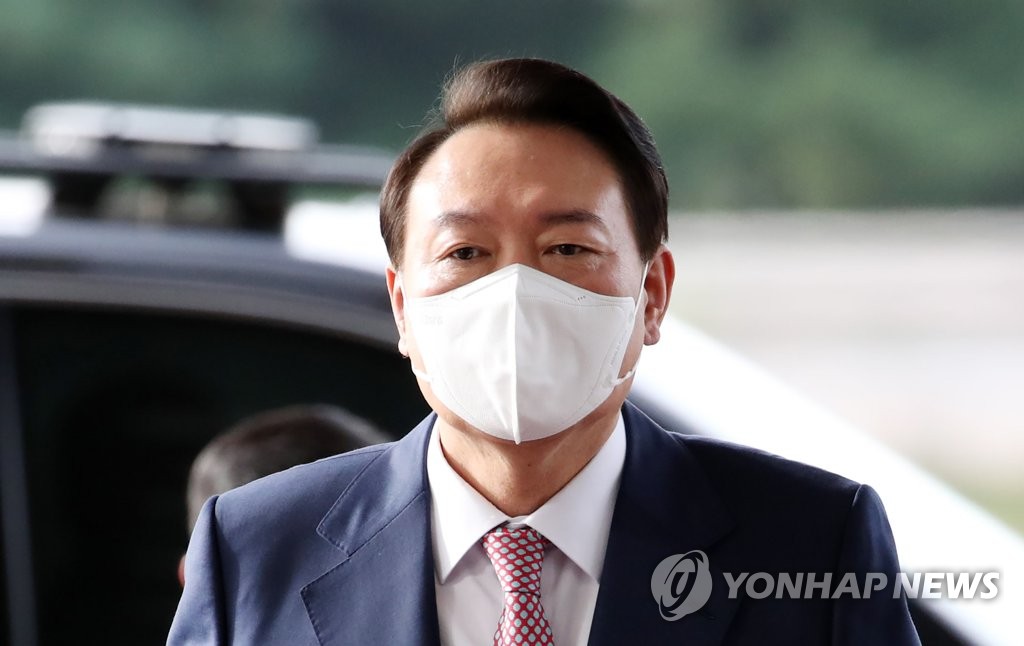 The meeting between Yoon and Kishida raised hope of mending relations badly frayed over wartime forced labor and other issues related to Tokyo's 1910-45 colonial rule of the Korean Peninsula.

Yoon said he will "strongly push for normalization of Korea-Japan relations, regardless of any difficulties."