SEOUL, Sept. 26 (Yonhap) -- BLACKPINK rewrote the history of K-pop girl groups by becoming the first among them to claim No. 1 on the Billboard 200 main albums chart with its second studio album, "Born Pink," on Monday.

This proved that the band has become beloved artists of global music fans, six years after its debut, gaining popularity with its hip-hop based music and unique charisma and girl-crush charm.

In addition to music, the bandmates have shown their strong presence and influence in acting, fashion, environmental issues and various other fields. 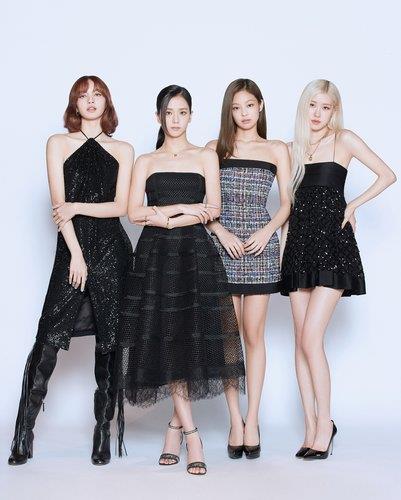 The quartet debuted in 2016 with "Whistle" and "Boombayah," the two main tracks of its debut single, "Square One."

Upon its debut, BLACKPINK gained widespread attention from the music industry for being the first rookie girl group from K-pop powerhouse YG Entertainment after 2NE1, which debuted in 2009.

The four members -- Jisoo, Jennie, Rose and Lisa -- instantly rose to stardom as they featured a variety of talents, from dancing, singing and rapping to beautiful appearances.

BLACKPINK has risen to become the most popular girl group in the world with its highly polished hip-hop-based music, such as "Playing With Fire," "As If It's Your Last," "Kill This Love," "Ddu-du Ddu-du," "How You Like That" and "Love Sick Girls."

Unlike other K-pop singers who usually release two to three singles or EPs a year, BLACKPINK has only released three singles, two EPs and two full-length albums over the six years since its debut.

Even though the gap between its new releases was big, it has always shown off its strong presence in the market, like the lyrics of "Shut Down," the main song of its second studio album, which goes "It's not a comeback, because we've never left."

BLACKPINK has stood out in earnest in the global market since "Ddu-du Ddu-du" in 2018. The band debuted on the U.S. Billboard's main singles chart, Hot 100, and main albums chart, Billboard 200, at No. 55 and 40, respectively, with the song.

Since then, the South Korean group has frequently appeared on the Hot 100, ranking 41st with "Kill This Love," 33rd with "Sour Candy," 33rd with "How You Like That," 13th with "Ice Cream," a collaboration single with Selena Gomez, 59th with "Love Sick Girls" and 22nd with "Pink Venom."

On the Billboard 200, the group ranked second with its first full-length album, "The Album," and reached the top with its second full album, "Born Pink."

The band also enjoys a strong popularity on YouTube, which has become a major promotional channel for singers releasing new songs. The number of subscribers to its official YouTube channel was about 81.8 million as of Monday morning, the most among all music acts around the world.

The group has also amassed 7.2 billion views globally on YouTube over the past one year, according to the global video sharing service.

A detailed look into the statistics shows that the views were generated mostly out of the country, with India ranking No. 1, Thailand No. 2, Mexico No. 5, the United States No. 8 and Turkey No. 9. South Korea came in 10th.

Thanks to this overseas popularity, it recently became the first K-pop act to top the world's largest music streaming service Spotify's weekly chart with "Shut Down." 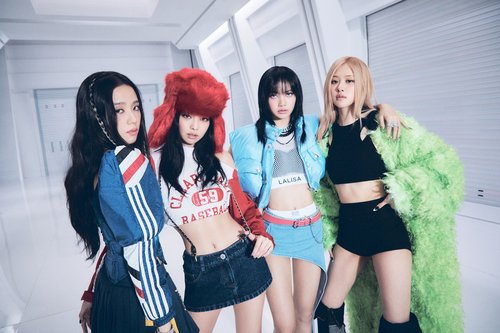 When asked about the band's identity during a press conference to mark the release of "Pink Venom" last month, the bandmates said, "We think the word 'confidence' is the closest to our identity."

Experts are no different as they suggest the band's unique, own charm on top of the members' good looks and excellent skills as artists as the main factors behind its global popularity.

"As BTS did, BLACKPINK has achieved genre-specific differentiation in a style that did not exist in the North American market," Lim Jin-mo, a pop music critic, said. "I also think the team succeeded in presenting strong performances while exuding free spiritedness, and in showing active and strong teamwork."

Another culture critic, Jeong Deok-hyun, said, "These days, there are more women than men in girl group fandom, and BLACKPINK basically has the elements that women will like.

"They are basically cool. I don't emphasize the aesthetic aspect, but their performances and rap contain the coolness that women can admire," he added.

There seems to be no disagreement in the K-pop industry that BLACKPINK will overtake BTS at the pinnacle of the global popularity of Korean pop music.

"As a girl group, BLACKPINK will be able to become as popular as BTS," Jeong said.

"BTS, as a boy group, is not free from military service issues, but BLACKPINK is," Lim said. "So it will be able to be active for the next three years. It can be said that coming after BTS is the era of BLACKPINK."