DAEJEON, Sept. 26 (Yonhap) -- The death toll from an outlet mall fire in the central city of Daejeon has risen to seven, officials said Monday, as a search is under way to determine whether there are any other victims.

The blaze is believed to have started from the basement parking lot at Hyundai Premium Outlet in Daejeon, about 160 kilometers south of Seoul, at 7:45 a.m. and spread quickly on cardboard boxes, sending dark smoke filling the entire floor, according to witnesses and survivors.

Two men, one in his 50s and the other in his 30s, were found with serious injuries and sent to a hospital, but later pronounced dead in the morning. Five more people died later, while a search is under way to confirm the exact extent of the damage from the fire, according to the officials. 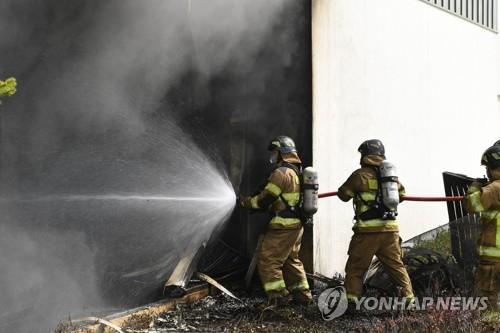 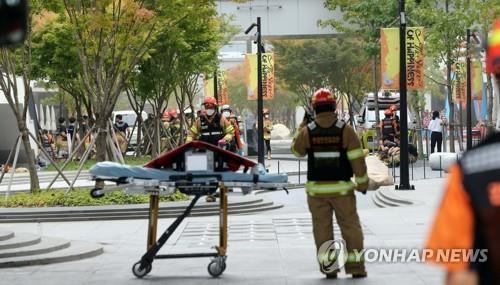 Some 110 people, mostly customers at nearby accommodation buildings and employees, evacuated. No outlet customers were around, as the fire broke before the mall's business hours.

More than 126 personnel and 40 pieces of firefighting equipment were combating the fire, but firefighters were having difficulties in the search operation due to massive amounts of smoke issued from burning paper boxes in the mall's underground cargo handling area.

Fire authorities are conducting an investigation to determine the cause of the fire, including the possibility of the explosion of an electric car that was being charged in an underground parking garage. 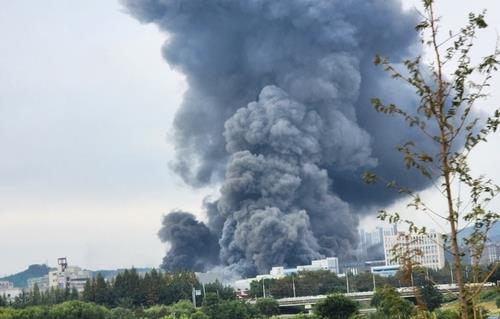 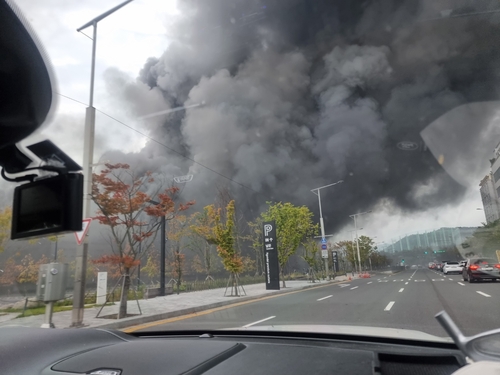