SEOUL, Sept. 26 (Yonhap) -- About to make a long-awaited return to competitive tennis, South Korean player Chung Hyeon said Monday he just may be in a better frame of mind now than he has ever been.

Chung will team up with countryman Kwon Soon-woo in the men's doubles at the ATP Eugene Korea Open this week at Olympic Park Tennis Center in Seoul. Due to his back injury, Chung has not played in an ATP event since September 2020. He has been inactive for so long that the former world No. 19 and the 2018 Australian Open semifinalist is not even ranked at the moment. 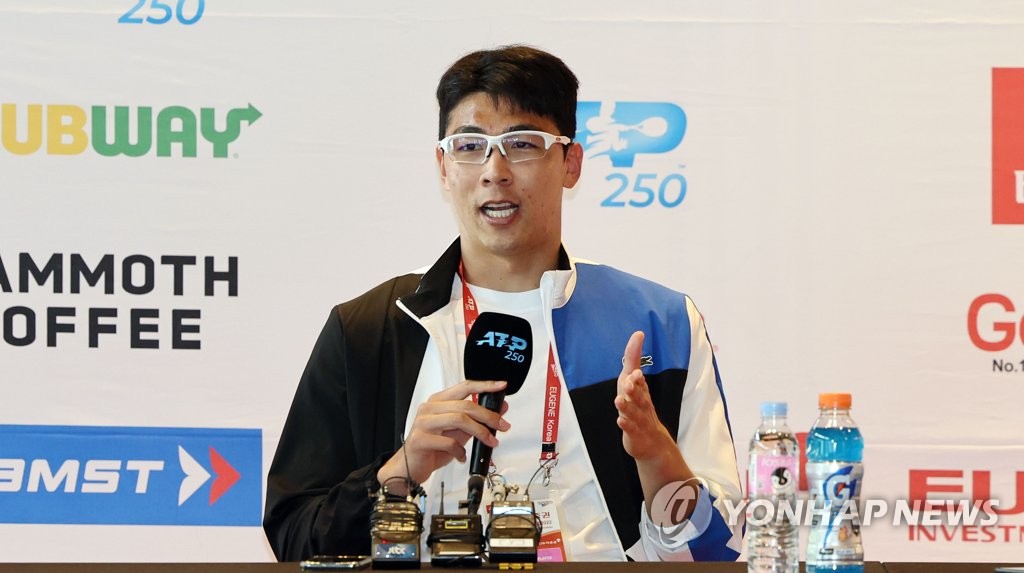 "It has been a long time coming," Chung said at a press conference Monday. "I am just happy to be back. I don't know how well I am going to play, but I'll give it my best shot."

Chung made a stunning run to the final four at the Australian Open four years ago, downing then-six-time champion Novak Djokovic along the way. He remains the only South Korean player, male or female, to have reached Grand Slam semifinals.

Asked how he feels physically now compared to 2018, Chung said, "I haven't played a competitive match yet, so it's too early to compare. But I think I am in a much better place mentally than back then."

"I used to take tennis for granted, but now, I am grateful for a chance to just set my foot on the court," Chung continued. "I've been training hard for the past two months or so. I've been having so much fun that I even wanted to eat and sleep right on the court."

Chung said he had attempted to return to action earlier but had suffered setbacks every time. Though he has been pain free in training, Chung said he still wasn't sure how he'd feel in competition. 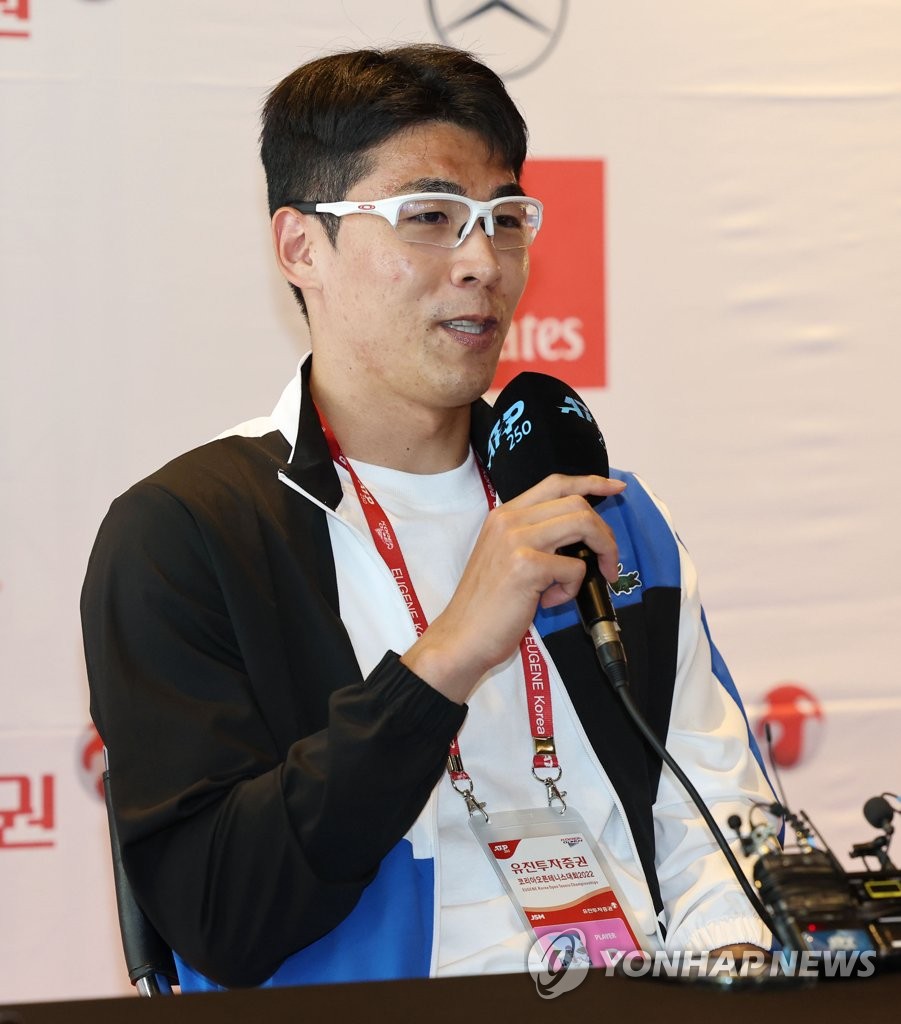 "I wanted to make my comeback at the Korea Open because it's taking place at home and I felt I could be relaxed, both mentally and physically," Chung said. "I still need to keep working on my conditioning."

As for his decision to only play the doubles, Chung said, "This is a part of the path back to my better days. I didn't want to push myself too hard this week."

Chung, 26, said he took his extended rehab in stride.

"I am usually a calm person. I felt a rehab comes with the territory of being a professional athlete," Chung said. "I was just hoping I could come out of the rehab a stronger person."