(ATTN: UPDATES throughout with latest ranking position)
By Yoo Jee-ho

SEOUL, Sept. 26 (Yonhap) -- Hours before falling outside the top 100 in the men's tennis world rankings for the first time in over three years, South Korean player Kwon Soon-woo said Monday he wants to use the upcoming ATP tournament on home soil as the turning point of his season.

Kwon, the highest-ranked South Korean man at No. 121, will compete in both the singles and the doubles this week at the Eugene Korea Open at Olympic Park Tennis Center in Seoul. The first ATP tournament in South Korea in 26 years will conclude with the final on Sunday, and Kwon wants to stick around as long as he can. 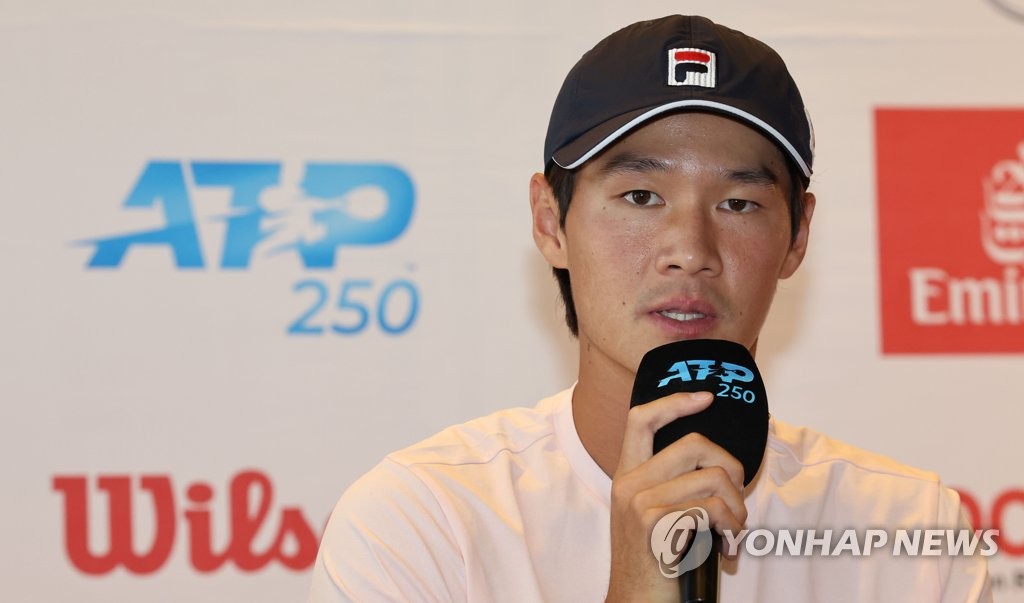 A late change in the singles draw put Kwon in an unexpectedly tough spot. He had been scheduled to face Brandon Nakashima of the United States in the first round, but Nakashima pulled out because he had reached the final of another ATP event, the San Diego Open, and wouldn't have been able to arrive in Seoul on time.

Kwon will instead face fellow South Korean Chung Yun-seong, who won a qualifying match on Sunday and will make his ATP Tour debut. Though Chung is only ranked 415th, he has beaten Kwon twice in their three meetings so far.

"I've trained with Yun-seong so many times, and he's a really good player," Kwon said. "There's no guarantee that I will win this match, and so there's a lot of pressure on me. But since it's a match between two Korean players, it's going to be a fun occasion for fans here." 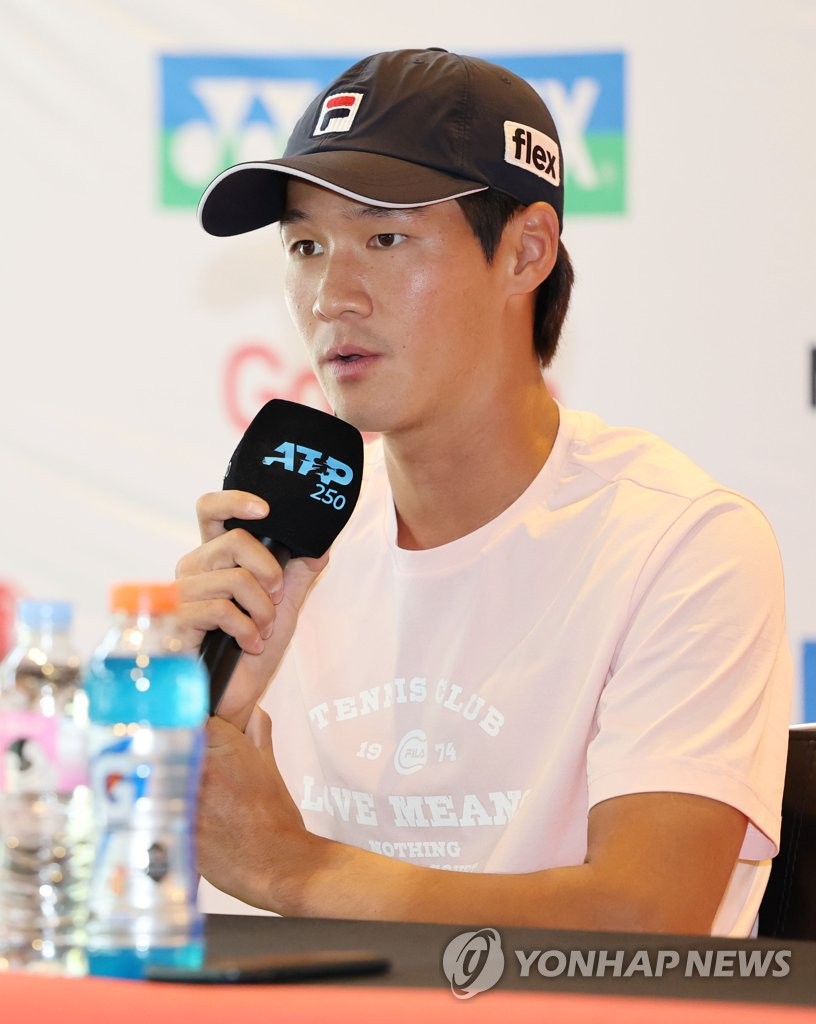 Kwon earned his maiden ATP title in Kazakhstan in September 2021, which helped him reach a career-high No. 52 later in the year. He has steadily fallen in the ensuing months and has not gone past the second round on the tour this season.

The rankings points awarded to players for their performances are dropped after 52 weeks, and in the newest rankings announced hours after his press conference, Kwon fell 47 spots to No. 121. He finds himself outside the top 100 for the first time since July 2019.

At the presser, the 24-year-old said he had stopped stressing over the prospect of dropping in the rankings.

"Up until the middle of this season, I used to feel the pressure to keep earning ranking points," Kwon said. "But it's not as though I am going to retire next year. I don't want to get stressed out about my ranking position. I will stick to my schedule, take plenty of rest, and try to prepare for next year the best I can."