SEOUL, Sept. 26 (Yonhap) -- Troubled South Korean shipyard Daewoo Shipbuilding & Marine Engineering Co. (DSME) is widely expected to make headway with its efforts to get back on track, as it is likely to find a private owner after 21 years of state control.

Under a memorandum of understanding with DSME, key subsidiaries of Hanwha Group, the country's seventh-largest conglomerate, will participate in the shipbuilder's 2 trillion-won (US$1.4 billion) rights offering for a 49.3 percent stake and managerial control, the state-run Korea development Bank (KDB), DSME's biggest shareholder, said Monday.

Industry watchers say the possible sale of DSME, the world's No. 4 shipbuilder by order backlog, could have a positive impact on the company's normalization.

"It is desirable to put DSME in private hands," said Prof. Kim Yong-hwan of Seoul National University. "The government's decision on DSME's quick sale reflects its realization that it may not be good should its sale be delayed further."

Hanwha's takeover could also come as a positive factor for the local shipbuilding industry, as the defense-to-chemicals conglomerate Hanwha is likely to have the commercial vessel sector on its business portfolio, he added.

Market watchers chimed in, saying a private owner could better manage the troubled shipbuilder and be able to put an end to lackluster performances over the past several years.

The deal comes as DSME has remained stuck in the red for the past two years, despite strong overseas orders. 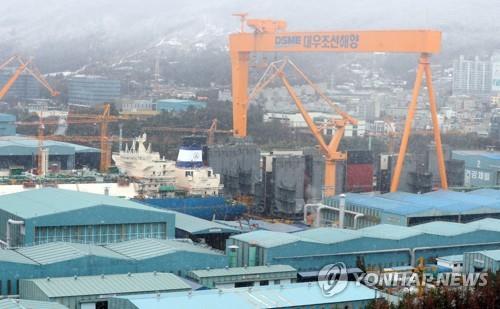 In the first half of this year alone, DSME's net loss reached 667.9 billion won, with its top line coming to 2.43 trillion won.

Despite large losses, DSME has clinched $8.6 billion worth of orders to build 36 ships and one offshore plant, achieving 97 percent of its yearly order target.

The KDB's decision to sell its DSME stake marks a possible end to the lender's prolonged efforts to privatize the embattled shipbuilder.

In the wake of the breakup of its parent Daewoo Group following the 1997-98 Asian financial crisis, DSME was put under a workout program initiated by the KDB and other creditors in 1999.

DSME graduated from the workout program just two years later thanks to brisk overseas shipbuilding orders, which prompted the KDB to start its sale in earnest.

But the state lender didn't hurry to sell DSME, because the shipyard fared well in overseas orders.

DSME's sale efforts gathered speed in 2008 since the then Lee Myung-bak administration broached the idea of the KDB's privatization, with local corporate giants having an eye on DSME amid the shipbuilding sector's brisk business thanks to high oil prices.

Beating contenders, such as POSCO and Hyundai Heavy Industries Co., Hanwha was chosen as the preferred bidder for DSME in October that year after it reportedly offered to pay 6.3 trillion won. 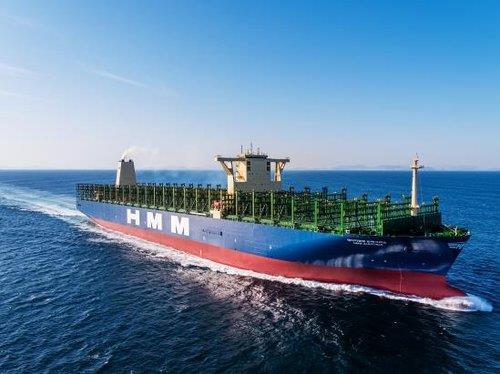 However, Hanwha was forced to back down from the deal two months later, as the 2008 financial crisis threw the conglomerate into a cash crunch.

In January 2009, the KDB stripped Hanwha of its prime bidder status, putting DSME's sale process back to square one.

DSME's privatization efforts had made slow progress until 2018, when the KDB restarted its sale process as the local shipbuilding industry lapsed into a severe slump due apparently to excessive competition among the top three industry players and low-price orders.

In February 2019, Hyundai Heavy Industries Holdings was picked as a candidate for the takeover of DSME and signed a formal contract with the KDB.

In a bid to purchase DSME, Hyundai Heavy Industries Holdings, now HD, launched a shipbuilding subholding company, Korea Shipbuilding & Offshore Engineering Co., but it had to pull out, because it failed to win approval for the combination from six countries, especially from the European Union.

Following Hyundai Heavy Industries Holdings' failure, DSME has undergone several crises during the Yoon Suk-yeol administration that started in May, including a strike by subcontract workers demanding higher pay and better working conditions.

Those workers ended their 51-day sit-in at the global shipbuilder's Okpo shipyard on South Korea's south coast after a last-minute agreement on almost all contentious issues in late July, but the action was estimated to have cost DSME more than 800 billion won in lost sales and other costs.

Under such a backdrop, some industry sources predicted, Hanwha's acquisition could help normalize the struggling DSME, which has a competitive edge over such high value-added vessels as liquefied natural gas carriers.

Others voiced concern that Hanwha's purchase of DSME should clear regulatory hurdles in foreign countries and receive support from the shipyard's unionized workers.

But they expected the conglomerate may have little difficulty receiving approval since it is not a shipbuilder and that DSME's labor union could approve the deal, which is unlikely to result in job cuts.
(END)