Hanwha, South Korea's seventh-largest conglomerate, said it signed a conditional memorandum of understanding with DSME to acquire a 49.3 percent stake and managerial control in the world's fourth-largest shipbuilder.

Hanwha Aerospace Co., Hanwha Systems Co. -- its defense and energy equipment arms -- and four other Hanwha affiliates will take part in the 2 trillion won (US$1.39 billion) rights offering to acquire the stake.

The state-run Korea Development Bank (KDB), DSME's main creditor, will hold a 28.2 percent stake in the shipyard, down from the current 55.7 percent.

The announcement marks the latest attempt by the KDB to sell the embattled shipbuilder, some 25 years after DSME's bankruptcy following the 1997 collapse of its parent firm Daewoo Group.

Past sales attempts all fell through, including Hanwha's first bid in 2008 to buy DSME for 6.32 trillion won in the wake of the global financial crisis.

Talks of a possible takeover by Hanwha rekindled earlier this year when the antitrust arm of the European Union vetoed Hyundai Heavy Industries Group's takeover bid for DSME, after nearly three years of a drawn-out review over potential market monopoly issues. 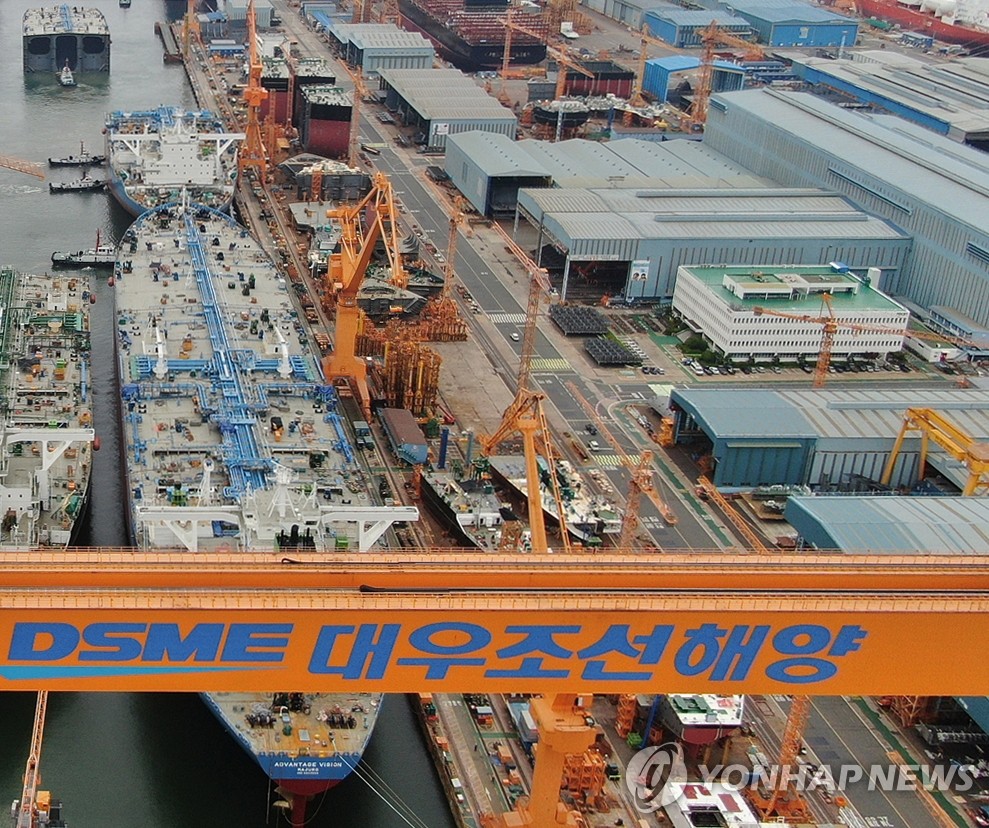 Kang Seog-hoon, KDB chairman, said last month that the company is doing its best to find a new buyer for the shipbuilder, saying it will only be the way to salvage the troubled company and strengthen its competitiveness.

Since then, it was widely speculated that Hanwha may buy the DSME's warship and submarine manufacturing division once they are spun off from the commercial ship business. But Monday's announcement was about acquiring the entire DSME, in line with market watchers' view that separating the businesses won't work for any potential buyer.

Hanwha said the takeover, if finalized, will help expand the defense production capacity and global network of defense systems covering "space, ground and sea" and advance further into maintenance, repair and operations, especially at a time when global demand for Korean weapons systems is gaining traction amid geopolitical uncertainties.

DSME's client networks in the Middle East, Europe and Asia would mean more opportunities for exports of the weapons systems and Daewoo's warships and submarines, Hanwha said.

The potential takeover will also enable Hanwha and Daewoo to bolster the research and development for future defense technologies, such as developing commercial vessels equipped with self-navigation, or warships equipped with the low-carbon energy storage system.

The outlook for global shipbuilding industry is very promising, according to Hanwha, as the sector is expected to enter the "second big cycle" after the boom in the mid-2000s due to increasing demand for orders and carbon neutrality drive. 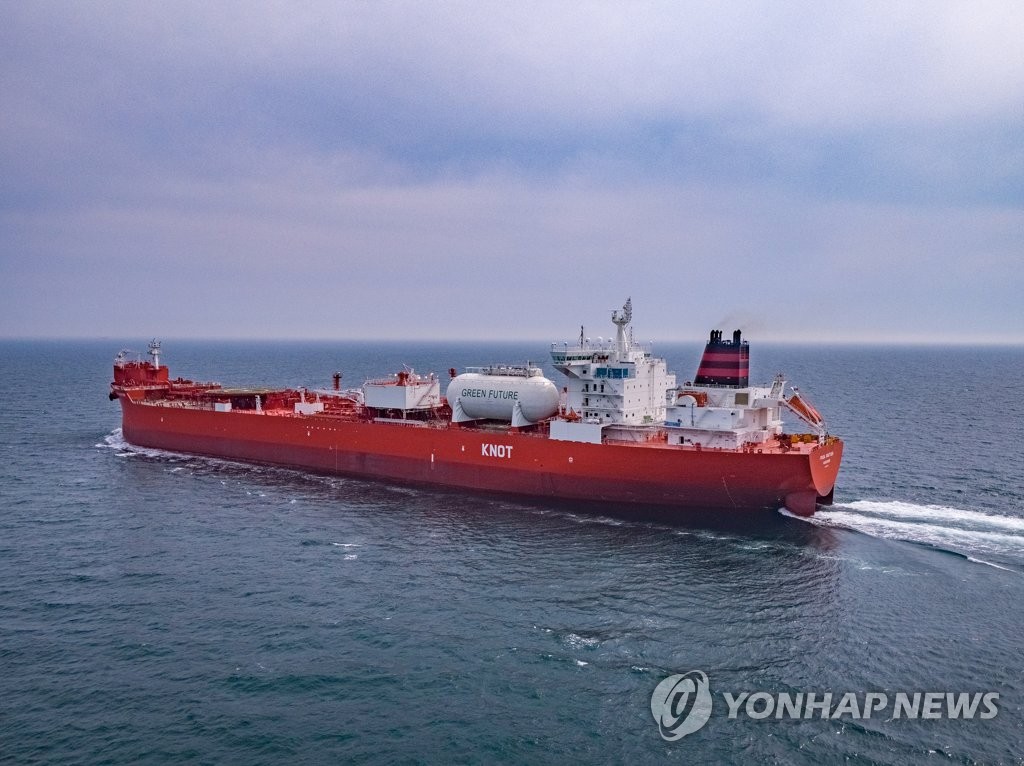 DSME has an order backlog of $28.8 billion for the next three to four years and it expects to see profitability improve significantly due to the weaker won, according to Hanwha.

"Last week alone, DSME's share price spiked 11 percent," Han Young-soo, an analyst at Samsung Securities Co. said in a note. "It appears to have reflected the expectations for a takeover rather than the momentum from the recent increase in the order backlog," he said.

The announcement came on the heels of Hanwha's efforts to revamp its key affiliates to focus on green energy, battery and semiconductor components businesses.

Hanwha combined all of its defense units that had been scattered across the business group, and placed them under the wing of Hanwha Aerospace Co., and streamlined the chemical materials unit to focus on hydrogen gas turbine and renewable energy sectors.

Hanwha said it aims to turn Aerospace into the "Lockheed Martin of South Korea" by integrating its global business capabilities that will also serve to strengthen its export competitiveness.

Last week, Hanwha said it was taking steps to carve out its retail and a part of the advanced materials units from Hanwha Solutions Corp., the solar panel and chemical materials arm co-headed by Hanwha's heir apparent, Kim Dong-kwan, the eldest son of Hanwha Group Chairman Kim Seung-youn.

The latest regrouping of the business group is seen as intended to expedite the leadership transfer. The younger Kim was recently promoted to vice chair to head Hanwha's core solar panel and renewable energy businesses.

Daewoo Shipbuilding ended a debt rescheduling program in August 2001 after being told to streamline operations in August 1999. Its parent Daewoo Group collapsed under heavy debt in the wake of the 1997 financial crisis.

Hanwha was founded in 1952 as an explosives maker and has diversified its businesses, ranging from chemicals, energy and defense to retail and financial. Its assets stood at 80.3 trillion won as of April and it has 91 affiliates under its wing.