SEOUL, Sept. 26 (Yonhap) -- The Organization for Economic Cooperation and Development (OECD) on Monday lowered its outlook for South Korea's growth for next year, citing uncertainties in the global economy.

In its interim report on next year's world economy, the Paris-based organization said South Korea's gross domestic product is expected to grow 2.2 percent in 2023, 0.3 percentage point lower than its previous forecast of 2.5 percent.

The estimate is lower than the Seoul government's forecast of 2.5 percent and the Asian Development Bank's outlook of 2.3 percent, but higher than 2.1 percent projected by the Bank of Korea and the International Monetary Fund.

The OECD revised down its 2023 forecast for world economic growth from 2.8 percent to 2.2 percent. 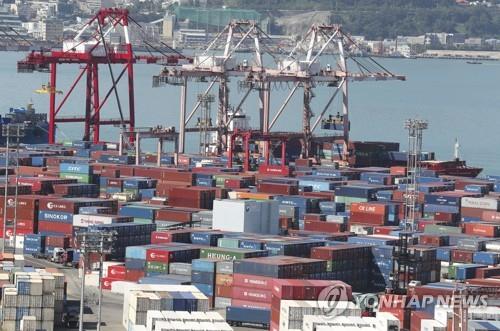 Hit by Russia's invasion of Ukraine and the continuing impact of COVID-19 outbreaks in some parts of the world, global GDP stagnated in the second quarter of 2022 and output declined in the Group of 20 economies, the OECD said,

"A number of indicators have taken a turn for the worse, and the global growth outlook has darkened," the policy forum said.

"Japan, Korea and Australia have somewhat stronger growth momentum currently than Europe and the United States, but that is projected to wane over the coming quarters, in part due to softer external demand," it added.

The OECD also raised its 2023 inflation outlook for South Korea to 3.9 percent from the previous 3.8 percent.
(END)