INCHEON, Sept. 27 (Yonhap) -- LPGA legend Annika Sorenstam took fans of women's golf on a trip down memory lane in June this year, when she played at the U.S. Women's Open for her first LPGA major appearance since 2008. The tournament took place at Pine Needles Lodge and Golf Club in North Carolina, where Sorenstam had won the second of her three U.S. Women's Open titles.

Don't count on the Swede being back at next year's tournament, though.

Speaking ahead of a charity event hosted by the South Korean Hall of Famer Pak Se-ri on Monday, Sorenstam said she will be playing in fewer tournaments going forward, as she seeks more time for her family and other off-the-course commitments. 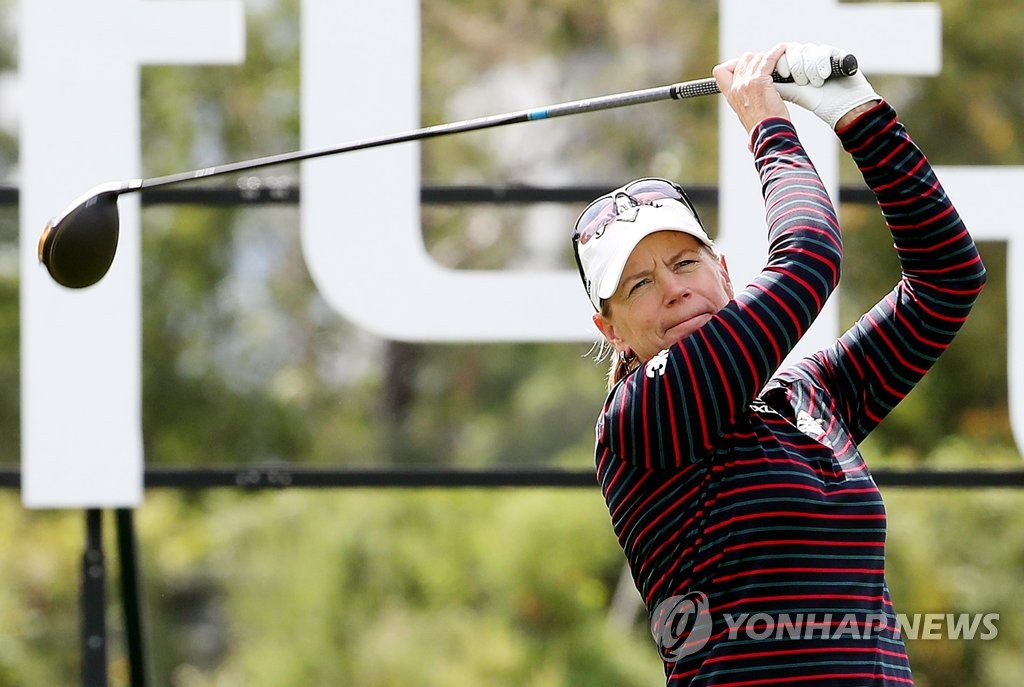 This year's U.S. Women's Open was an exception because Sorenstam, 51, earned an invitation as the reigning U.S. Senior Women's Open and because she still has a special place in her heart for Pine Needles.

"It was a great experience to come back and play. It brought back some wonderful memories," said Sorenstam, who added she played eight tournaments last year and six this year. "But I think I'm going to cut down a little bit of my schedule. It's hard to come back at this age and play. It is a big commitment and a lot of practice and I have a family and other things. To play in a major championship like that takes a lot of preparation and I don't think I have it in me anymore."

Sorenstam, who ranks third all time with 72 LPGA titles and tied for fourth with 10 majors, doesn't have anything left to prove in LPGA. She was so dominant in her peak years that, after she retired, the LPGA Tour created a year-end trophy in her name, the Rolex Annika Major Award, in 2014. The prize is given to the player with the best overall performance at five LPGA major tournaments each year.

Sorenstam said she will always be open for charity events like the one she played Monday. In September 2019, Sorenstam also visited South Korea for an exhibition match play, joined by Pak and other LPGA greats. 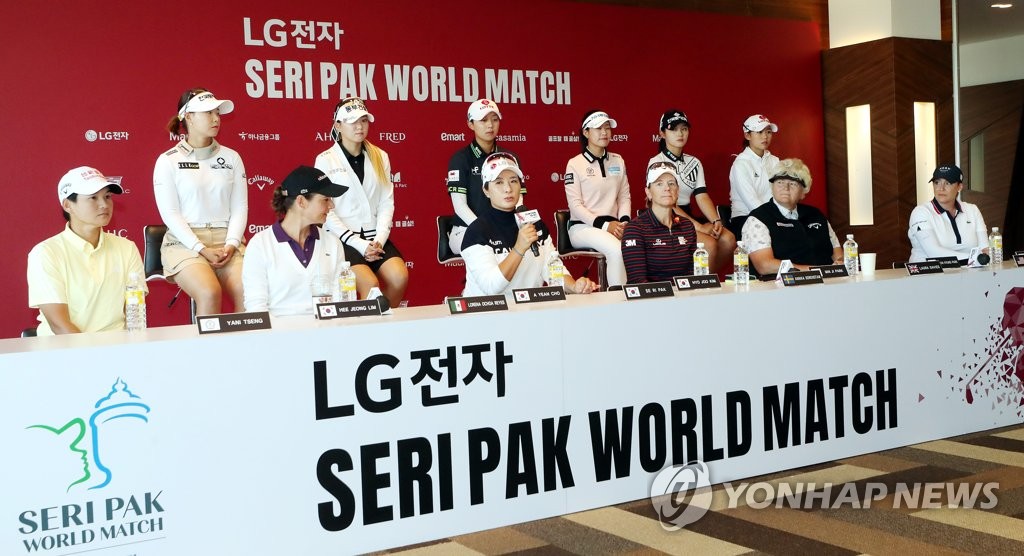 "I just have a good time when I come to Korea. Korea is such a golfing nation and very respectful to women's golf," Sorenstam said. "Se-ri is such a role model all around the world, especially here in her home country. So to come here to support her with endeavors, whether it's the new Seri Pak Hope Foundation or just in general to grow the game, it's just something I want to be part of. I am flattered that she has asked me to come."

Sorenstam added she always enjoys playing in a non-competitive setting while also giving back to the community. On Monday, Sorenstam, along with Pak, Laura Davies, Cristie Kerr, Lorena Ochoa and Yani Tseng -- all with multiple LPGA major titles and numerous other accolades -- were each paired with a current Korea LPGA star in a match play format.

"With the players here at the front (at the press conference), we have our better days behind us, then you get the next generation here. I think it's very inspiring," Sorenstam said. "I love the format. The consolidation is all about inspiring the next generation of young girls, and I think that Se-ri is really trying to do that in different ways. I just want to support her."

After major championship cameo, LPGA great Sorenstam to cut down on schedule

After major championship cameo, LPGA great Sorenstam to cut down on schedule