SEOUL, Sept. 27 (Yonhap) -- South Korea's new COVID-19 cases on Tuesday bounced back to nearly 40,000 from a two-month low amid concerns over a "twindemic" of coronavirus and seasonal influenza.

The country reported 39,425 new COVID-19 infections, including 308 from overseas, bringing the total caseload to 24,673,663, the Korea Disease Control and Prevention Agency (KDCA) said.

It marked a surge from 14,168 cases reported the previous day, when the daily count fell to a more than two-month low apparently due to fewer tests over the weekend.

But Tuesday's figure was still some 21.5 percent lower than a week ago, and the lowest figure for any Tuesday since July 12, the data showed.

The virus wave, triggered by the spread of a highly contagious omicron variant, has been on a decline after a resurgence in July that later peaked above 180,000 cases in mid-August.

The number of critically ill patients came to 401, down by 26 from a day earlier, the KDCA said. 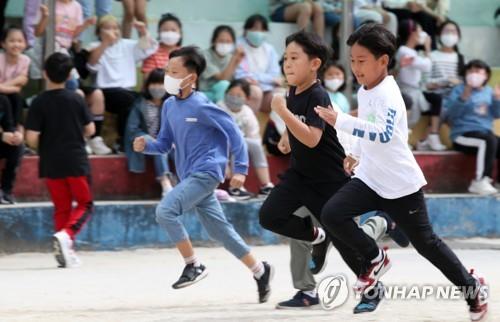 In line with the waning virus trend, the government lifted all outdoor mask mandates from Monday, and it plans to further ease antivirus measures to better support people's everyday lives.

But rules for indoor mask wearing will be in place for the time being on possible risks of seasonal influenza and other infectious diseases, according to officials.

The government has warned of a possible simultaneous outbreak of COVID-19 and the seasonal influenza -- this fall and winter amid an unusual spike in the number of flu patients in recent weeks.

Earlier this month, the authorities issued an advisory over a possible seasonal influenza outbreak across the country, the first of its kind since 2019.