Japan announced last week it will lift the ban on the number of inbound passengers and resume visa-free travel for visitors from specific countries, including South Korea, from Oct. 11.

Currently, Japan only allows package tours and requires visas for all visitors in a move to control the spread of the pandemic.

Asiana plans to increase the number of flights by 10 to 32 starting from Oct. 30 on its major routes from Incheon to Narita, Osaka, Fukuoka and Nagoya, the company said in a statement.

Asiana said it is also considering increasing the number of flights on the Gimpo-Haneda and other routes, such as Sapporo and Miyazaki, depending on travel demand. It offers seven flights a week on the Haneda route.

The carrier aims to revive the number of flights to Japan to 40 percent of the pre-pandemic level by the end of this year. In 2019, it operated 143 flights a week on Japanese routes.

Also Tuesday, Asiana's bigger rival Korean Air Lines Co. said it will also increase the number of flights on routes to Narita, Osaka and Nagoya in the fourth quarter. It will resume flights to Fukuoka and Sapporo next month.

Korean Air is in the process of acquiring Asiana and has yet to receive approvals from antitrust regulators in five countries -- China, Japan, the United Kingdom, the European Union and the United States -- to finalize the acquisition. 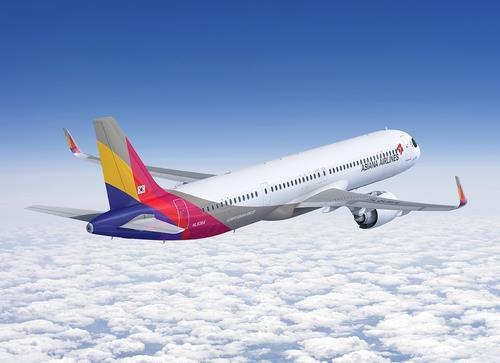