"We are holding the minister accountable for the worst diplomatic disaster in history marred with hasty preparation, incompetence, humiliation, vulgar remarks and that reaped no results," Rep. Park Hong-keun told a party meeting.

Park said the party will introduce the dismissal motion later in the day.

The main opposition party has been ramping up its attack against Yoon and the ruling party after Yoon was caught on video appearing to use foul language. Though the recording was not clear due to noise, many thought Yoon was talking about U.S. Congress and U.S. President Joe Biden.

Park denounced the incident as being a "severe poison" for South Korea's alliance with the United States. 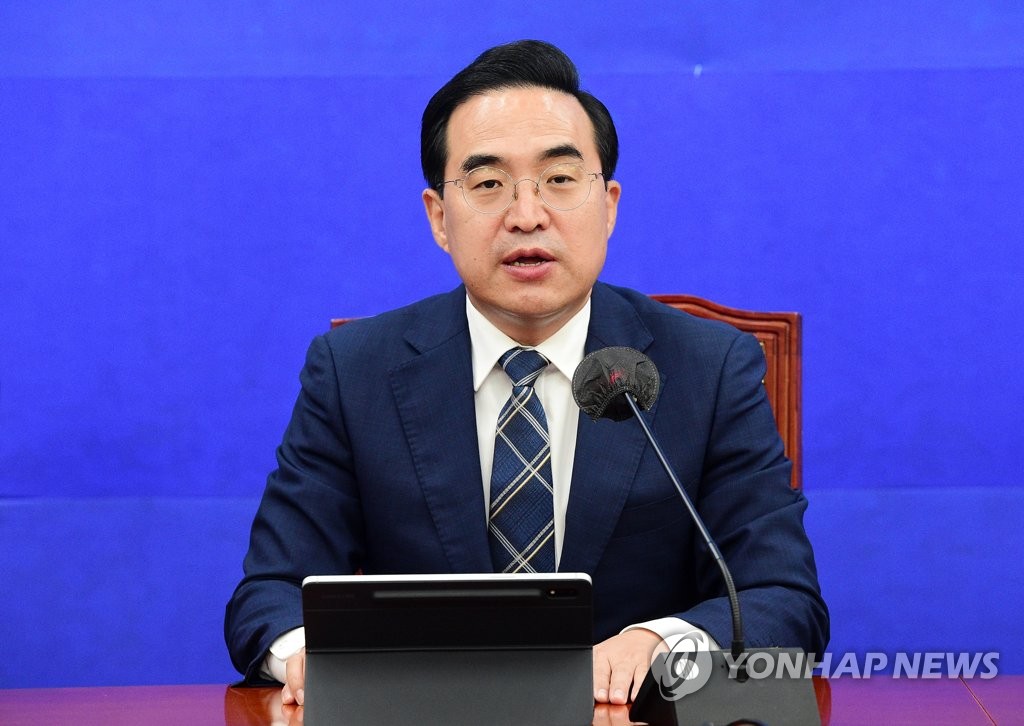