SEOUL, Sept. 27 (Yonhap) -- President Yoon Suk-yeol instructed officials Tuesday to come up with measures to follow up on his meetings with foreign leaders and investors during his trip to Britain, the United States and Canada last week.

Yoon gave the instructions while presiding over a Cabinet meeting in the central city of Sejong, saying he used the trip to clearly state his commitment to defending the international order that is based on the spirit of freedom and solidarity.

"I saw the commitment of leaders to cooperate and achieved meaningful results for the economy," he said, citing investment pledges for the cutting-edge industry and startups and his agreement with Canadian Prime Minister Justin Trudeau to strengthen cooperation on critical minerals, AI and emerging technologies.

"Relevant ministries should do their best to come up with follow-up measures," he said. 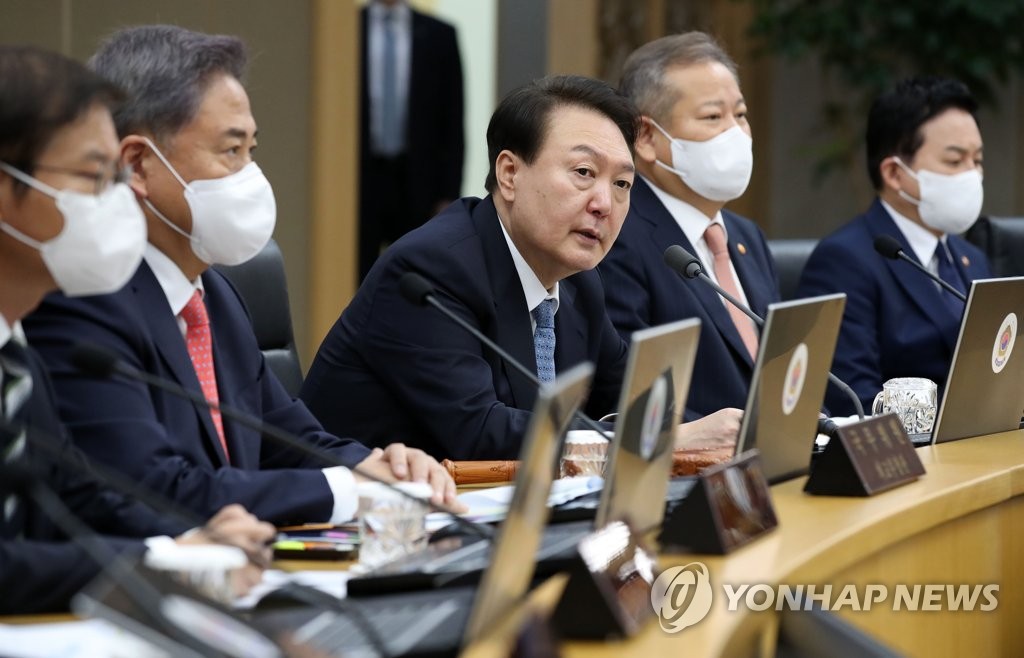 Referring back to his speech to the U.N. General Assembly, Yoon stressed the importance of contributing to the international community in order to jointly overcome the multiple crises facing humanity.

"Unless the Republic of Korea, which has risen to a top 10 power, supports countries that are struggling economically and makes contributions befitting its national status, it is difficult for us to properly protect the interests of our country and our businesses in the international community," he said.

Outlining the agenda of Tuesday's Cabinet meeting, Yoon said the government will pass an enforcement ordinance to establish a fund aimed at easing the debt burden on small business owners hit by the COVID-19 pandemic.

Other items included a bill to overhaul nearly 40 percent of government committees. Discussions took place around the country's population crisis, with a focus on getting local governments to take the initiative in tackling low birth rates and a rapidly aging society.

Yoon also expressed his condolences over the deaths of seven people in a shopping mall fire in Daejeon the previous day, saying the interior ministry, along with the firefighting and other relevant authorities, should look back at the current disaster control system from square one.

Yoon later visited a day care center in Sejong and met with parents, staff and experts.

He promised to introduce parents' allowances and improve conditions at day care centers and treatment of their staff by including them among his administration's key tasks.

He also watched a story-telling session involving trained elderly women and children, calling for the development of additional programs that will simultaneously engage senior citizens and impart wisdom to children. 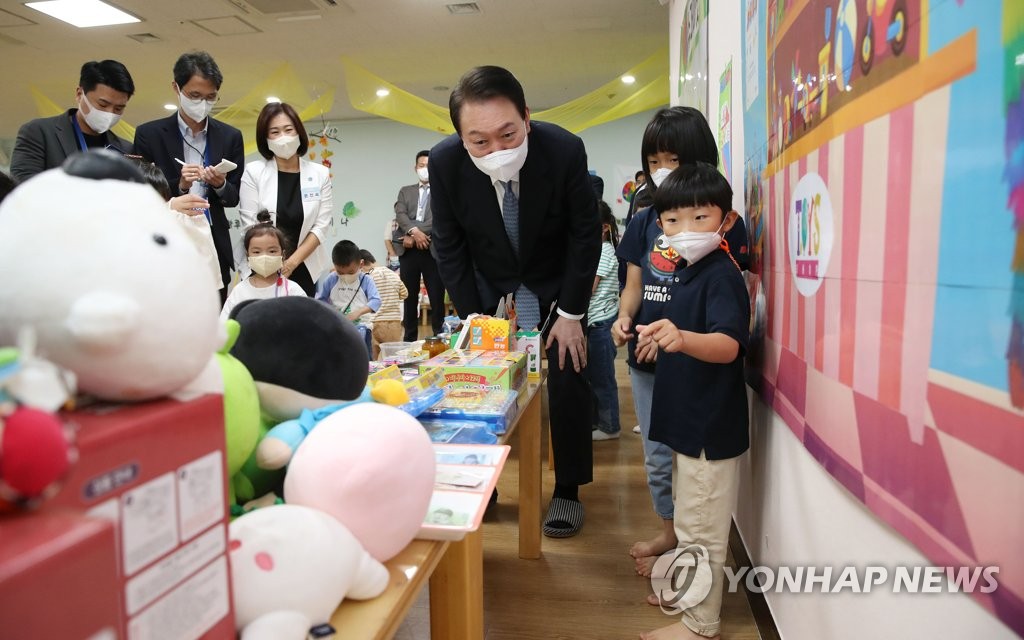