Han made the remarks during a meeting with Harris in Tokyo before they are set to attend the funeral of former Japanese Prime Minister Shinzo Abe later in the day.

Han said the planned visit by Harris to the DMZ on Thursday is a "symbolic" move for the South Korea-U.S. alliance.

Harris told Han the alliance is "the linchpin of security and prosperity in the Indo-Pacific." 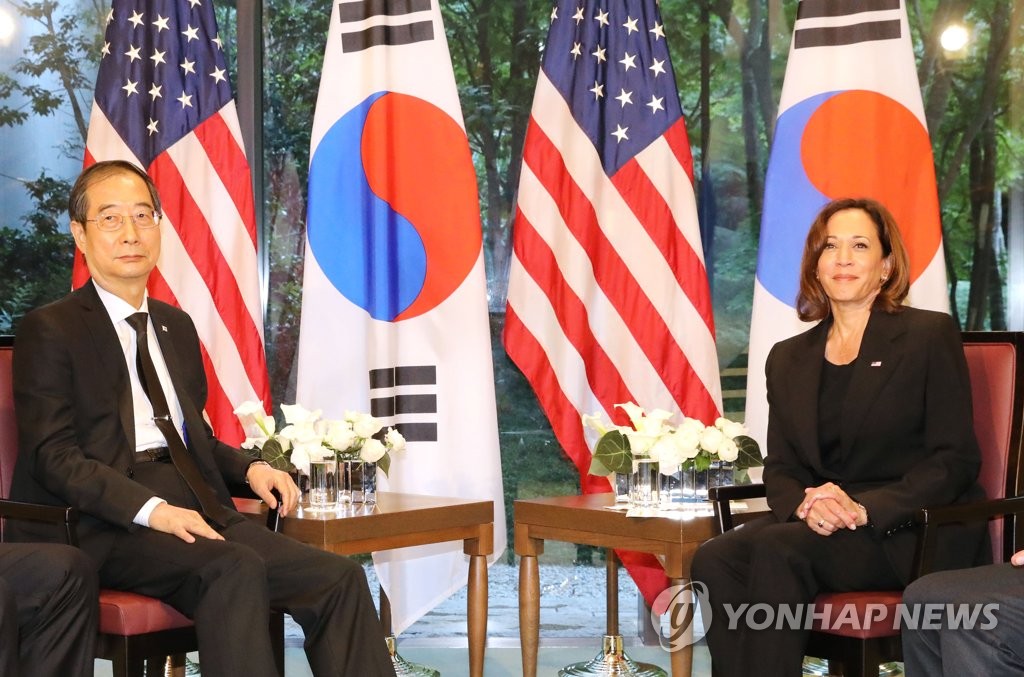 It also comes just days after North Korea launched a short-range ballistic missile Sunday, in an apparent show of force against joint military drills between Seoul and Washington.

Harris said the allies have "a lot of work" to do to strengthen their relations, including their investment in innovation, technology and space.

According to the prime minister's office, Han and Harris discussed the global comprehensive strategic alliance, which was agreed by South Korean President Yoon Suk-yeol and U.S. President Joe Biden in May.

The IRA excludes electric vehicles assembled outside North America from tax incentives, raising concerns it will act as a significant trade barrier for Korean-made cars.