SEOUL, Sept. 27 (Yonhap) -- A group of activists here on Tuesday called for the establishment of a North Korean human rights foundation that has been delayed for years due to a stalemate at the National Assembly.

They issued the appeal during a press conference in Seoul held on the occasion of North Korea Freedom Week, an annual campaign that aims to raise public awareness of the humanitarian situation in the reclusive nation.

Kim stressed that the government should "make every effort to protect and promote the human rights of North Koreans" in line with international human rights norms. 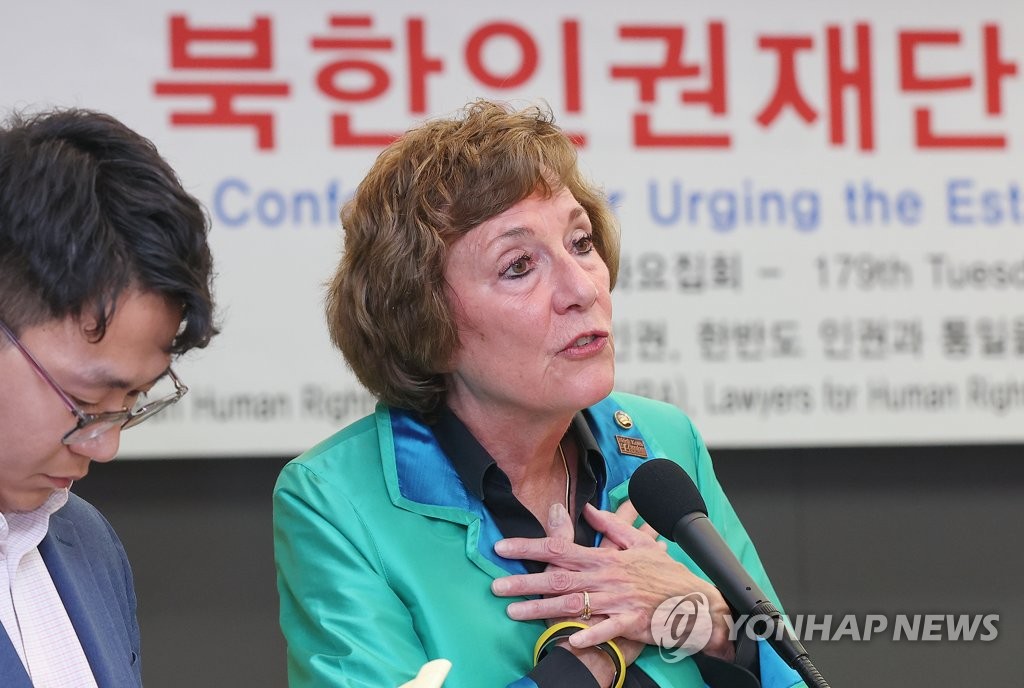 Suzanne Scholte, head of the North Korea Freedom Coalition based in the United States, also urged President Yoon Suk-yeol to redouble efforts for the creation of the foundation, as she criticized the previous liberal Moon Jae-in government for failing to promote the human rights of North Koreans.

"We lost valuable lives and ground under the Moon administration, and Moon abandoned the people of North Korea in favor of the Kim dictatorship," she said. "I am hoping through the work of the Human Rights Foundation that we can regain valuable ground."

Under the North Korean Human Rights Act, which passed the National Assembly in 2016, the conservative ruling People Power Party and the main opposition party are each required to recommend five candidates for a 12-member board committee. The liberal DP, which holds a majority of seats at the parliament, has not recommended its share of members. The unification ministry is entitled to pick the remaining two.