SEOUL, Sept. 27 (Yonhap) -- South Korea's finance minister will leave for the Philippines this week to attend an annual meeting of the Asian Development Bank (ADB), his office said Tuesday.

Finance Minister Choo Kyung-ho will depart for Manila Wednesday to take part in the gathering that kicked off Monday and will run until Friday, according to Seoul's finance ministry.

Choo plans to call for cooperation and policy coordination for sustainable development in the region amid the pandemic and stress the ADB's active role toward that goal.

During the meeting, Choo will take over the chairmanship for next year's ADB annual gathering, which will be held in May 2023 in Songdo, west of Seoul.

The minister plans to hold talks with ADB President Masatsugu Asakawa to ask for his cooperation for the preparation of next year's meeting.

On the sidelines of the ADB talks, Choo will also meet with his Filipino counterpart Benjamin Diokno to discuss ways to promote economic cooperation.

The Manila-based ADB is a multilateral development bank established in 1966 to support economic and social development of developing countries in the Asia-Pacific region. The bank has 68 member countries. 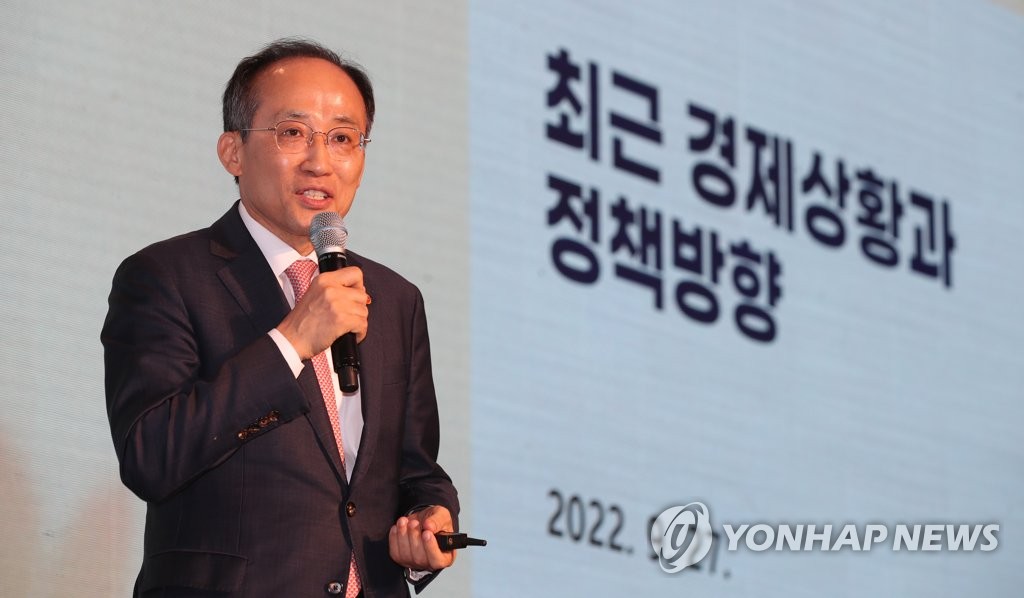