SEOUL, Sept. 27 (Yonhap) -- The prosecution on Tuesday requested an arrest warrant for a former deputy secretary general of the main opposition Democratic Party on corruption charges.

The Seoul Central Prosecutors Office said Lee Jung-geun, 59, is suspected of taking about 950 million won (US$667,549) from a businessperson between December 2019 and January last year in exchange for promises to lobby officials of the government and public institutions for business favors. 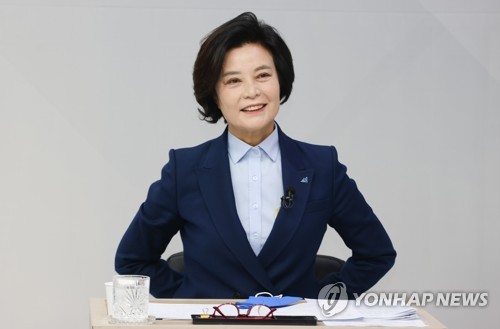 She allegedly promised to use her close relationships with ranking officials of the previous Moon Jae-in administration, including those in the presidential office, to help the businessperson, surnamed Park, get state subsidies, a mask business license and government contracts.

She is also accused of receiving 330 million won from Park to fund her campaign in a parliamentary election from February to April 2020. She lost the election.

Lee has served as the party's deputy secretary general, deputy spokesperson and chief of a local chapter in southern Seoul.

The prosecution filed for an arrest warrant for her on charges of bribery and violation of political fund act.

Lee denied the charges, claiming she borrowed the money from Park.

But the prosecution said it has secured Park's confession, witness statements, bank records and other evidence to support the charges.

The prosecution plans to investigate whether other government officials and politicians were involved in the case.

In a separate case, Lee was indicted without detention on Sept. 8 on charges of election law violation.

She is accused of paying more money than legally allowed to campaign workers when she ran in a parliamentary by-election in March. She lost that election, too.
(END)