SEOUL, Sept. 28 (Yonhap) -- Sales of South Korea's top 500 firms have soared nearly 40 percent over the past 10 years with the information technology and electronics sector taking up the biggest share, a corporate tracker said Wednesday.

The combined top line of the leading businesses stood at 3,286 trillion won (US$2.3 trillion) in 2021, up 39 percent from a decade earlier, according to CEO Score.

The IT, electronics and electric industry accounted for the largest percentage of the total at 17.3 percent last year, up 3.4 percentage points from 10 years earlier.

It was trailed by the auto and auto parts industry with 10.3 percent, insurers with 8.3 percent and banks with 6.6 percent. 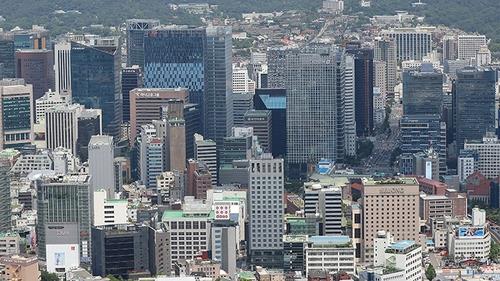 Sales by the top 10 corporations took up 26.1 percent of the aggregate last year, down from 27.7 percent a decade earlier.

By company, global tech titan Samsung Electronics Co. accounted for 8.5 percent of last year's total sales, up from 7 percent 10 years earlier and the largest among them.

Meanwhile, the Fortune 500 companies saw their total sales expand 31.7 percent over the cited 10-year period, with the oil and chemicals sector taking up the biggest share of 15.6 percent last year.

Samsung Electronics and 15 other South Korean businesses were on the list of the world's 500 leading firms last year, up from just three 10 years earlier.