Foreign Minister Wopke Hoekstra pointed out the two sides have much in common as trading nations that depend on the international order, free trade and alliances for protection and development.

In the face of big challenges from great power competition, threats to global order and the ongoing Russia-Ukraine war, Hoekstra underscored the need for the two "forward-looking countries with high-tech economies" to address the difficulties and defend their "shared interests."

"We are not great powers but middle countries, so we know to rely on making coalitions, on friends and on multilateralism. So our strengths lie in the combination of diplomacy, technology and economy," Hoekstra said in a written interview with Yonhap News Agency, just before his trip to Seoul. 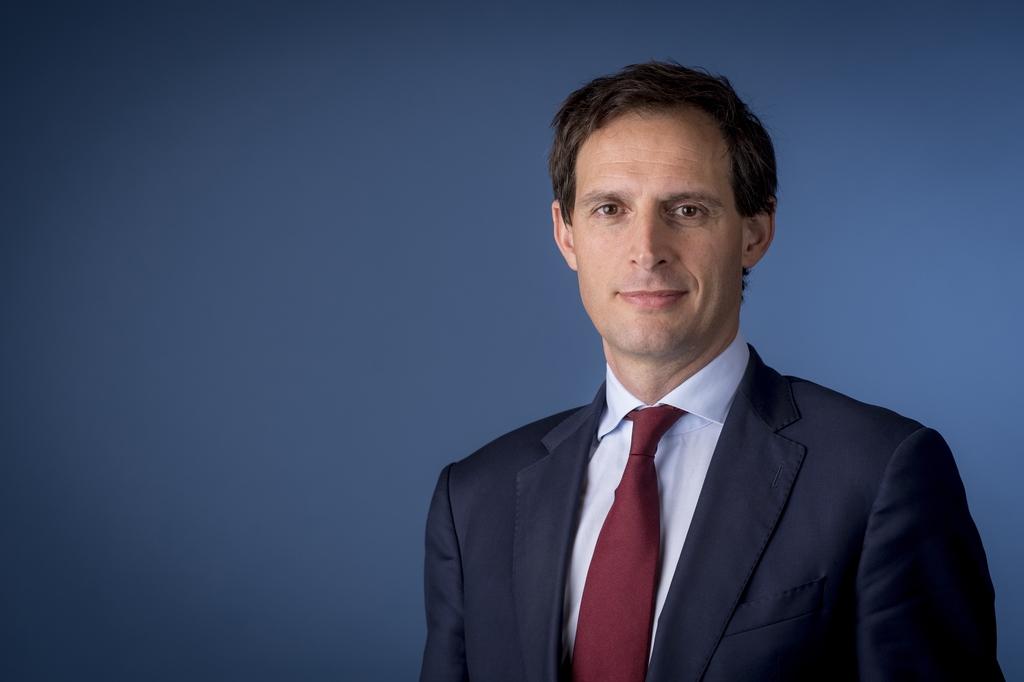 He is scheduled to hold talks with his South Korean counterpart, Park Jin, Wednesday on ways to further develop the bilateral ties, with technology cooperation high on the agenda.

The two nations have strong partnerships in the semiconductor sector as leading Korean chip makers, such as Samsung Electronics and SK hynix, are major clients of the Dutch chip equipment manufacturer ASML Holding.

Given the complexity of the chip industry, Hoekstra said "like-minded partners" should work together to build a resilient supply chain and bolster the industry's competitiveness. He also saw much room for cooperation between Amsterdam and Seoul in setting norms and standards for emerging technologies, such as artificial intelligence, outer space and cybersecurity.

"When no single country is in full control of the supply chain, cooperation is necessary and one country cannot dominate," he said.

With the importance of chips in economy, technology and national security in the spotlight, moves to form alliances among a small number of nations involved in semiconductor manufacturing are currently under way.

The Netherlands is teaming up with European nations to bolster the region's supply chain via the European Chips Act proposal. South Korea is expected to soon join the U.S.-led chip alliance called "Chip 4," also involving Japan and Taiwan, largely seen as Washington's efforts to contain Beijing in the cutting-edge sector.

Hoekstra said the Dutch government is keeping an eye on developments related to the U.S.-led chip initiative "with interest" but did not elaborate further.

As both the Netherlands and South Korea are seeking strategic partnerships in the chip sector with the U.S., they face similar challenges: how to balance between the U.S. and China, the world's largest chip importer.

"The Netherlands does not want to sever China's economy from ours or from the global economy," he said. "Our basic approach of being 'open where it is possible, protective where it is necessary' has been consistent."

On regional security, the minister expressed concerns about North Korea's nuclear and missile threats, committing to his country's role in ensuring the implementation of sanctions on Pyongyang and strengthening the non-proliferation regime on the international stage.

"The Netherlands cannot on its own convince the DPRK to denuclearize," he said, using the acronym for the North's official name, the Democratic People's Republic of Korea.

"But I do hope we can contribute to an international system that will incentivize them to do the right thing and persuade others not to follow their path," he added.

While the ongoing war in Ukraine continues to weigh on Europe and the global economy, he commended the Seoul government for standing in solidarity with Ukraine and requested continued support for its people.

"I think it is important to keep in mind that the price Ukrainians are paying is much higher. That's why we must continue to support Ukraine every way we can; with economic and humanitarian aid, weapons, and more sanctions against Russia," he said.