SEOUL, Sept. 28 (Yonhap) -- President Yoon Suk-yeol vowed Wednesday to raise the country's artificial intelligence (AI) competitiveness to No. 3 in the world as part of efforts to rebuild the nation.

Yoon made the promise while presiding over a regular economic meeting in Gwangju, 268 kilometers south of Seoul, saying he will also double the size of the country's data market to over 50 trillion won (US$35 billion).

The meeting came on the heels of Yoon's unveiling of the "New York plan," which centers on seeking a digital order that can help realize the universal values of freedom, human rights, peace and solidarity. 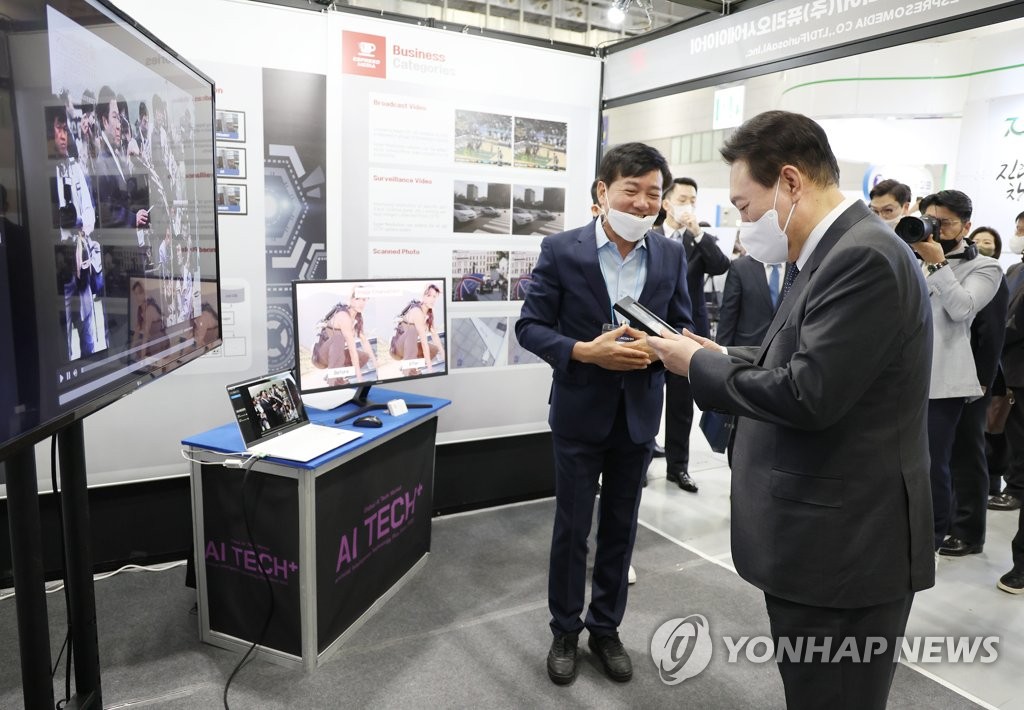 To achieve the plan, the government said at the meeting that it will pursue a new digital strategy focused on making South Korea the world's top digital nation, using digital technologies to enhance industries' competitiveness, and creating a society where everyone can enjoy the benefits of digital technologies, among other goals.

The meeting was held at the Kimdaejung Convention Center and brought together officials from relevant government ministries and businesses, including Samsung Electronics and SK Telecom.

Yoon also toured the "AI Tech+ 2022" exhibition under way at the convention center, where he tested various technologies, including a kiosk that can be used by disabled people and an AI-based photo transformation technology.

This was the president's first visit to the Jeolla provinces since May, when he attended a ceremony commemorating the May 18, 1980, democracy uprising in Gwangju.

During the campaign, he visited the city and pledged to transform it into a leading AI and digital data hub.