Fitch's rating for South Korea has been AA-, the fourth-highest level on the agency's table, since September 2012. 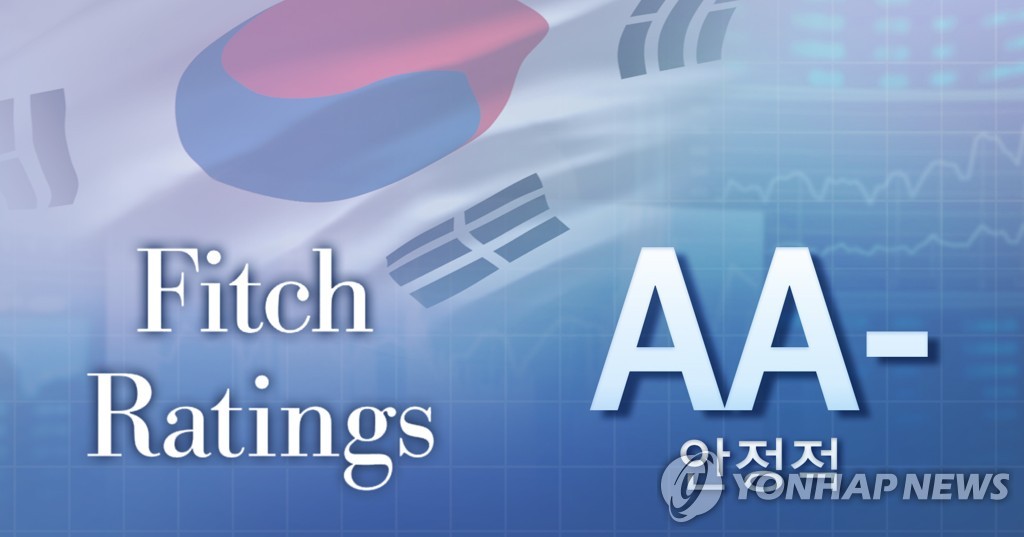 The agency forecast the South Korean economy to grow 2.6 percent this year and 1.9 percent in 2023. It said a global slowdown and a switch to consumption on services will likely weigh on exports and facility investment.

On inflation, the agency said the growth of Korea's consumer prices is likely to reach 5 percent by year-end and slow to 1.5 percent by the end of 2023.

The Bank of Korea (BOK) forecast Asia's fourth-largest economy to grow 2.6 percent and its 2022 inflation outlook stood at 5.2 percent.

Fitch expected the BOK to raise its policy rate by another 25 basis points to 2.75 percent this year, despite market expectations for another 50 basis point increase.

South Korea plans to implement a belt-tightening policy in a shift from years of an expansionary fiscal policy stance in an effort to improve fiscal health compromised by the growing national debt. It plans to cut government spending for the first time in 13 years next year.