SEOUL, Sept. 28 (Yonhap) -- This is an exciting time for American tennis fans, with the new wave of youngsters giving them plenty of reason for hope. Leading that charge is Taylor Fritz, the top-ranked ATP player from the United States at No. 12 with three career titles, including two this year.

But if Fritz, who grew up idolizing the 14-time Grand Slam champion Pete Sampras, is feeling the pressure of carrying the torch from the previous generation, he is not showing it.

"I don't really feel like I have the pressure on me to be like the next (great) American," Fritz said at a press conference before the start of his competition at the ATP Eugene Korea Open in Seoul. "I think we have a lot of guys and obviously, I want it to be me. But I'm just really focused on myself and my own career and doing the best I can do. I'm not really feeling the pressure to accomplish anything because I'm American or a lot of people expect something of me." 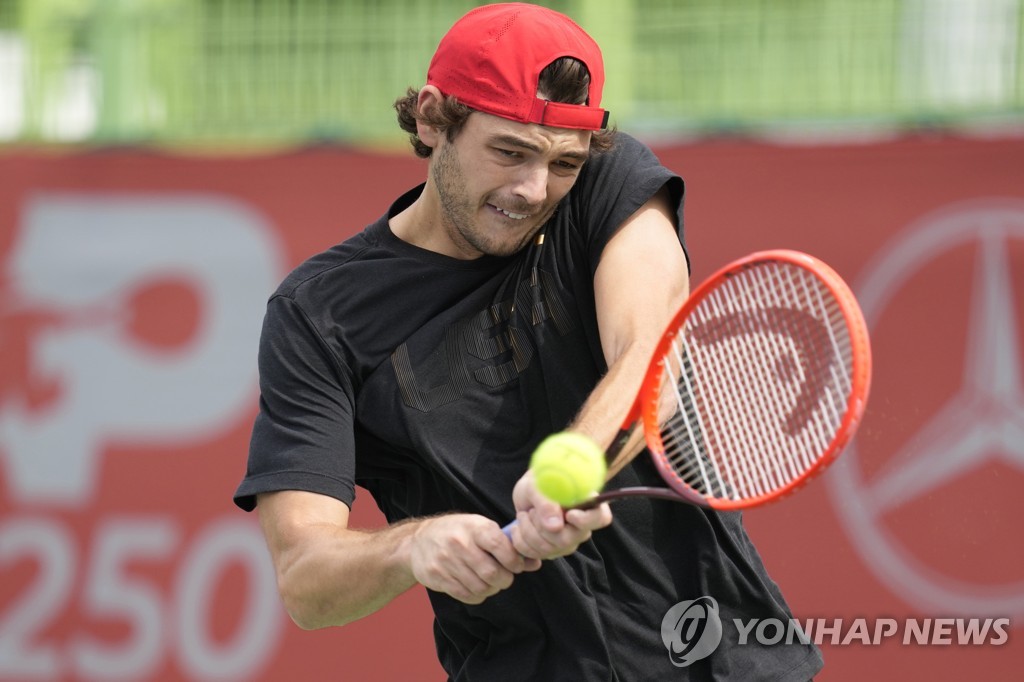 Fritz, 24, said he is his own harshest critic.

"I think I put a lot of pressure on myself, and I expect a lot of myself," he said. "So that's where the pressure comes from."

Fritz has long been groomed for stardom. He won the U.S. Open boys' singles title in 2015 and reached the boys' final at the French Open that same year. He rode those performances to the top spot in the world junior rankings.

Fritz received the peer-voted ATP Newcomer of the Year award in 2016.

This year, Fritz won the ATP Masters 1000 at Indian Wells over Rafael Nadal and picked up another title at Eastbourne. He enjoyed his deepest run at a Grand Slam event by reaching the quarterfinals at Wimbledon this year, where he lost a five-set thriller to Nadal.

On reaching his career-high 12th in the world rankings this season, Fritz said it's the result of his hard work paying dividends.

"I've been working really hard and certain parts of my game have just come together," he said. "I feel my forehand has become a much bigger weapon than it was before. And I'm putting a lot of things together on the court." 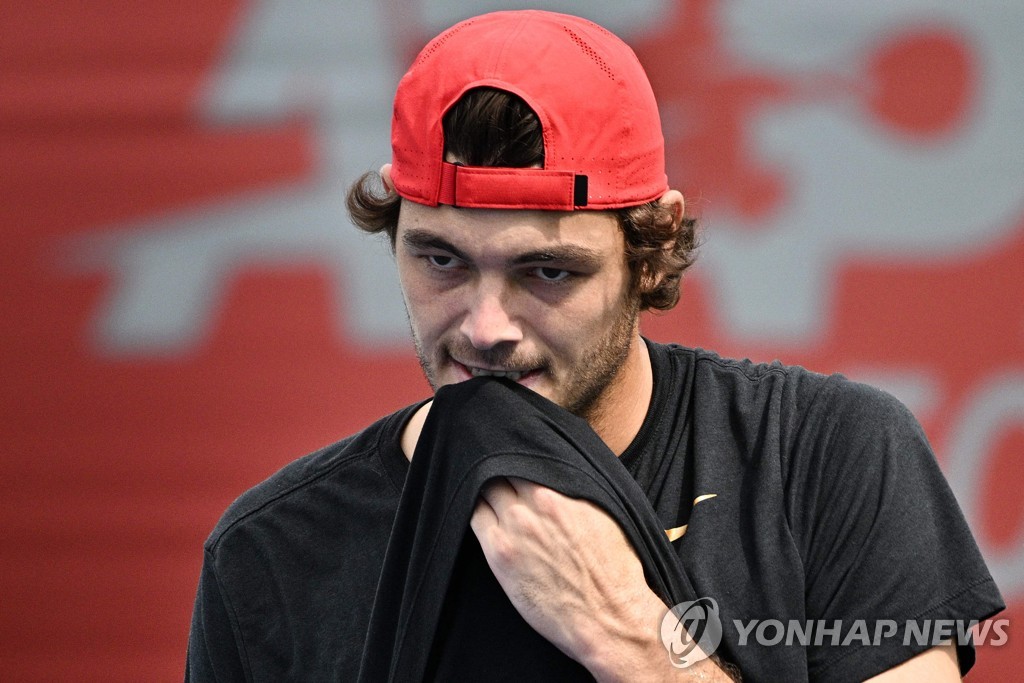 Fritz arrived in Seoul late Tuesday, after playing at the Laver Cup, a team competition between European and the rest of the world, in London. He still sounded jet-lagged at the podium Wednesday, but luckily for him, he got a first-round bye as the No. 3 seed and won't play until Thursday.

"Coming straight from the Laver Cup and getting in late last night, it's going to be tough, maybe the first round or two," he said. "I think it's very important that I can get through my first matches here. And if I do that, then I think I'll have a very good chance to win the tournament. But I feel good, honestly, for flying all day yesterday and getting in last night."

Team World enjoyed its first Laver Cup victory after losing the first four iterations, and Fritz said celebrating the occasion with the rest of the team was "one of the best moments so far in my tennis career."

This year's event also carried some historical significance, as Roger Federer, the 20-time Grand Slam champion and an all-time legend, played his final match there.

"Obviously, it was a very historical weekend in tennis with Roger retiring," Fritz said. "To thank him personally for everything he's done for the sport ... just to be there was a huge honor."