SEOUL, Sept. 29 (Yonhap) -- Kia Corp., South Korea's second-biggest carmaker, said Thursday it will launch the pure electric high-performance model EV6 GT in the domestic market next week in a move to beef up its EV lineup.

The EV6 GT comes with a 77.4 kWh battery pack and can travel up to 342 kilometers on a single charge. It can accelerate from zero to 100 km in only 3.5 seconds, the company said in a statement.

The company said the EV6 GT will be the "fastest car" among passenger vehicles manufactured in the country so far.

The EV6 GT is equipped with Hyundai Motor Group's dedicated EV platform called E-GMP. It is being sold at 72 million won (US$53 million) after tax breaks.

Other models with the E-GMP platform include the Hyundai IONIQ 5, the Kia EV6 sedan and the Genesis GV60 SUV. Hyundai Motor sells vehicles under Hyundai as well as the independent Genesis brand. 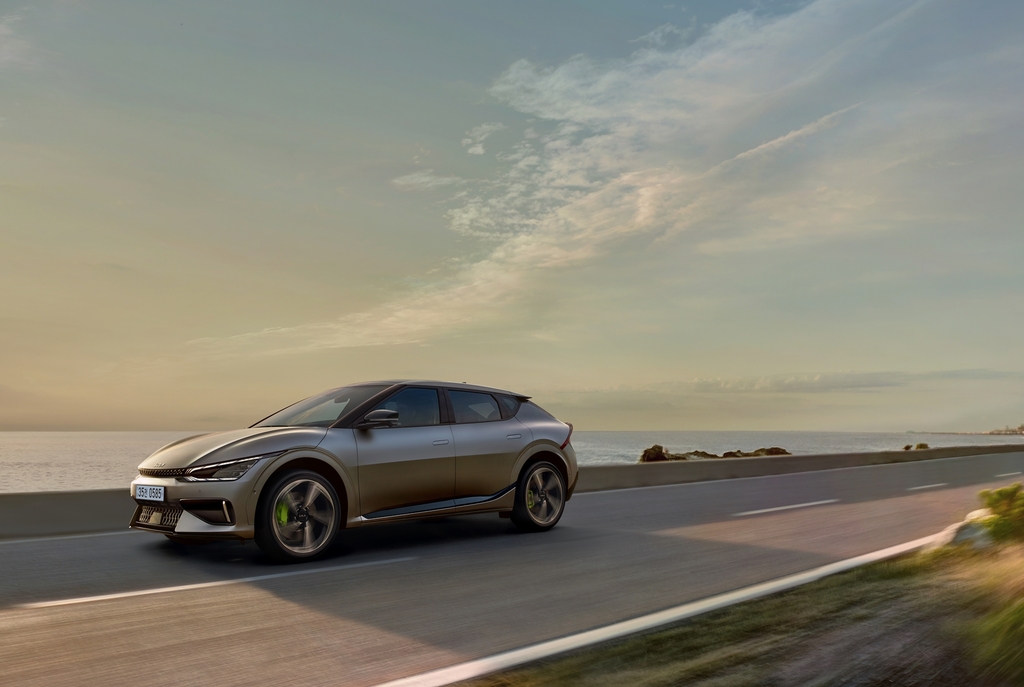