The number of older adults stood at 9.02 million out of the country's 51.6 million population this year, according to the data from Statistics Korea.

The number of senior citizens is expected to continue to rise to reach 10.6 million in 2025, or 20.6 percent of the total population, making the country become a super-aged society.

It will likely take just seven years for South Korea to become a super-aged society from an aged society, in which the share of those aged 65 and older reach 14 percent and more.

The pace of aging for Korea is very fast compared with other major countries. For the world's most aged country of Japan, it took 10 years to become a super-aged society.

Amid rapid aging, the proportion of elderly people in South Korea is expected to take up 30.1 percent in 2035 and exceed 40 percent in 2050, the data showed.

The statistics agency said in a separate report that South Korea is forecast to become the world's most aged country in 2044. In 2070, about 46 percent of its population will be elderly people, it added.

The fast-aging population, coupled with record low birthrates, could put a drag on the nation's economy, as the working-age people, or people aged 15 to 64, will decline at a fast pace.

Experts warned South Korea may face an "age quake," an earthquake-like demographic shock from a fall in population and rapid aging, starting in 2030-40 if it does not promptly tackle the issue. 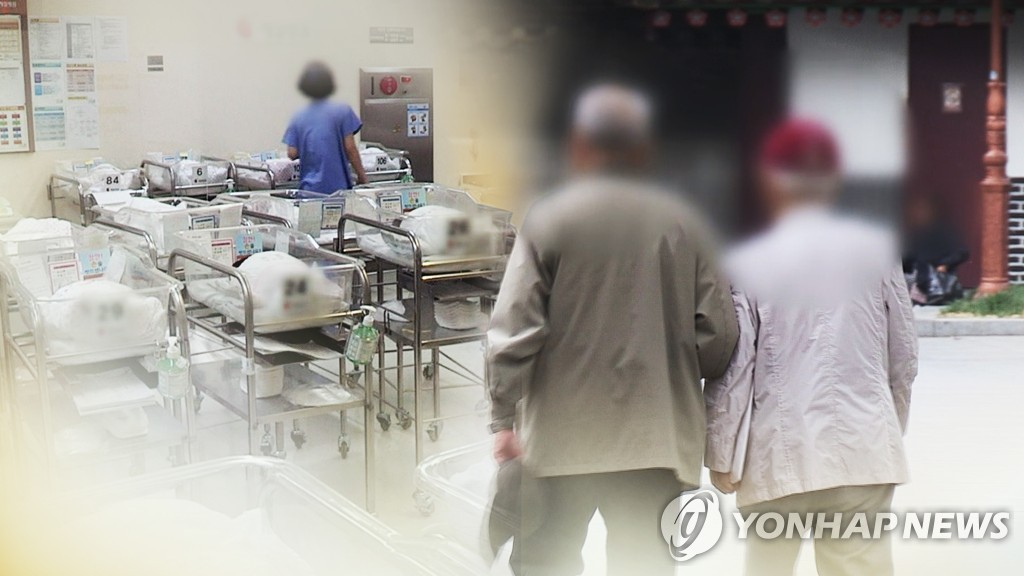