SEOUL, Sept. 29 (Yonhap) -- South Korea's terms of trade fell to the lowest point in August, marked by a fall in prices of semiconductors and petrochemicals, central bank data showed Thursday.

The nation's net terms-of-trade index for goods -- a gauge of overall trade terms -- came to 82.49 in August, down 10.3 percent from a year earlier, according to the preliminary data from the Bank of Korea (BOK).

The reading marked the lowest number since relevant data began to be compiled in 1988.

The index is calculated by dividing the index for export prices by that for import prices. It shows the amount of imports a country can buy for each unit of exports. A lower index means worse trade terms.

The trade terms worsened last month as the overall import costs outgrew the export prices, according to the BOK data. 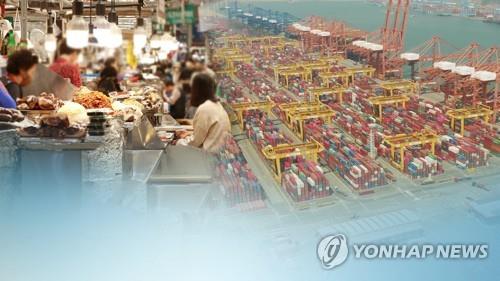