SEOUL, Sept. 29 (Yonhap) -- Prime Minister Han Duck-soo on Thursday called for officials to swiftly carry out containment measures against the African swine fever, with the nation having reported two new outbreaks of the disease.

The disease was confirmed at two separate pig farms in Gimpo and Paju, Gyeonggi Province on Wednesday, marking the first outbreaks in the province since October 2019.

The authorities slaughtered around 3,715 pigs in the two cities combined to try to stem the spread of the disease, and issued a 48-hour standstill order on the pig farms and related facilities through 5 p.m. Friday.

So far this year, the country reported six ASF cases, including Wednesday's cases.

During a virus response meeting, Han said that the situation in Gyeonggi Province "is more stringent than ever because many pig farms are concentrated."

Han instructed the agriculture ministry to swiftly implement containment measures, and urged tight vigilance in areas where the disease has recently been reported, or adjacent to affected farms.

South Korea reported two cases of African swine fever at separate farms in Gangwon Province earlier this month, which led to the culling of some 15,000 pigs.

The disease does not affect humans but is deadly to pigs. There is currently no vaccine or cure for the disease. 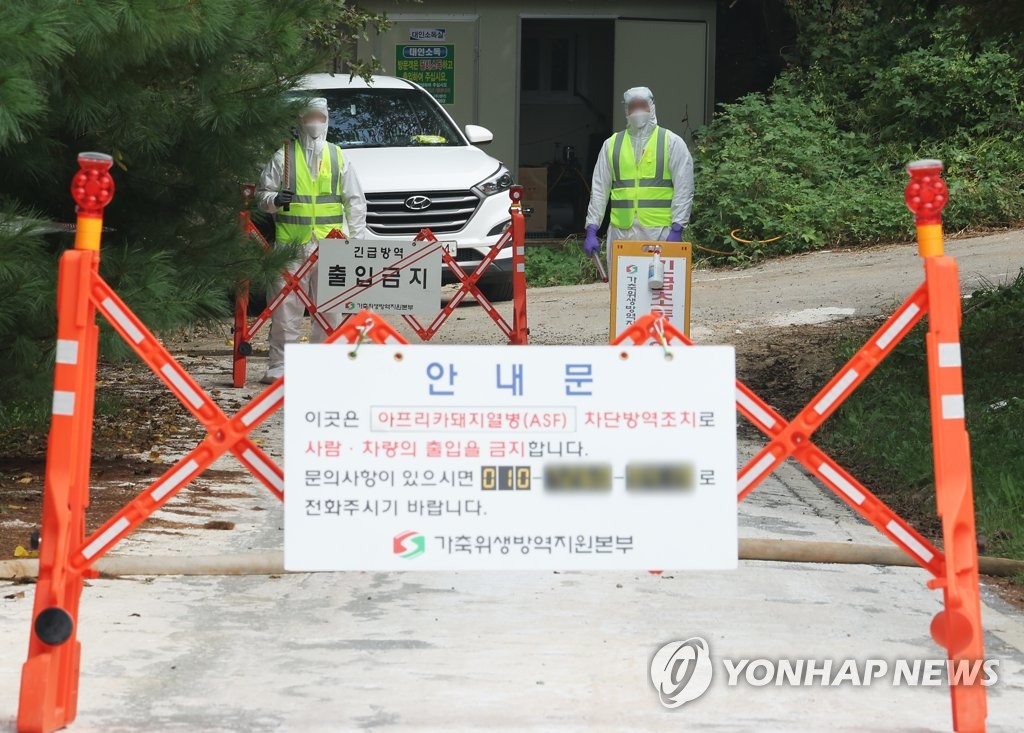