But consumption rose for the first time in six months due to the summer vacation season and ahead of the Chuseok holiday, and investment also marked an on-month growth.

Last month, the country saw industrial output, retail sales and investment fall all together for the first time in three months.

According to the data from Statistics Korea, industrial production declined 0.3 percent on-month in August, following a 0.3 percent fall the previous month.

"Exports of semiconductors have slowed down over China's lockdown of its major cities and the dwindling global demand on concerns over an economic downturn, which led to the fall in production. Uncertainties have grown in the chip market," an agency official said.

Compared with a year earlier, the production of semiconductors also went down 1.7 percent. It marked the first time since July 2018 that the country's chip output logged an on-year decline.

Faltering output in the public administrative sector also led to the overall decline, as the government's expenditure on the purchase of COVID-19 vaccines went down in line with the waning virus wave, according to the agency.

Retail sales, a gauge of private spending, however, rose 4.3 percent in August, ending five consecutive months of an on-month fall.

It marked the largest expansion since May 2020, when the figure grew 4.6 percent.

The growth is attributable to a lower base effect, as well as an increase in people's outdoor activities in the vacation season amid eased antivirus curbs and preparations for the Chuseok holiday, according to the agency.

Chuseok, or the Korean fall harvest celebration, fell on Sept. 10 this year.

Demand for durable goods, such as cars and home appliances, rose 4.2 percent on-month, and the consumption of food, beverages and other such items advanced 5.2 percent in August, the data showed.

The rise came in line with the expansion of display production facilities and the introduction of semiconductor equipment, the agency said.

"We've seen a recovery in private spending, but economic uncertainties have been heightened amid aggressive monetary tightening by major nations and the unstable global energy market over the war in Ukraine," the finance ministry said in a release.

"The government will strive further to stabilize prices, to revive exports momentum, and to properly respond to volatility in the financial and foreign currency market," it added.

Exports, the main driver of Korea's economic growth, rose 6.6 percent on-year in August, marking the 22nd consecutive month of growth. But the growth has slowed down recently, and the country has suffered a trade deficit on high energy prices.

In its latest revised outlook, the Bank of Korea lowered its 2022 economic growth forecast to 2.6 percent from 2.7 percent. 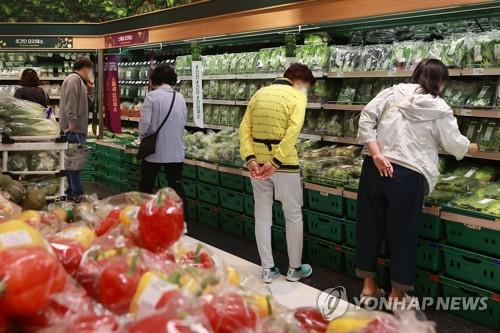