Yoon and his diplomatic team are under fire for what critics label as diplomatic failures during the president's visits to Britain, the United States and Canada, which has caused huge political controversies and fierce partisan strife at home.

"While the opposition is downplaying the recent presidential trip as a diplomatic disaster, I cannot agree with that notion," Park told reporters at the foreign ministry office building in Seoul, adding he couldn't sleep well for several days due to the matter. 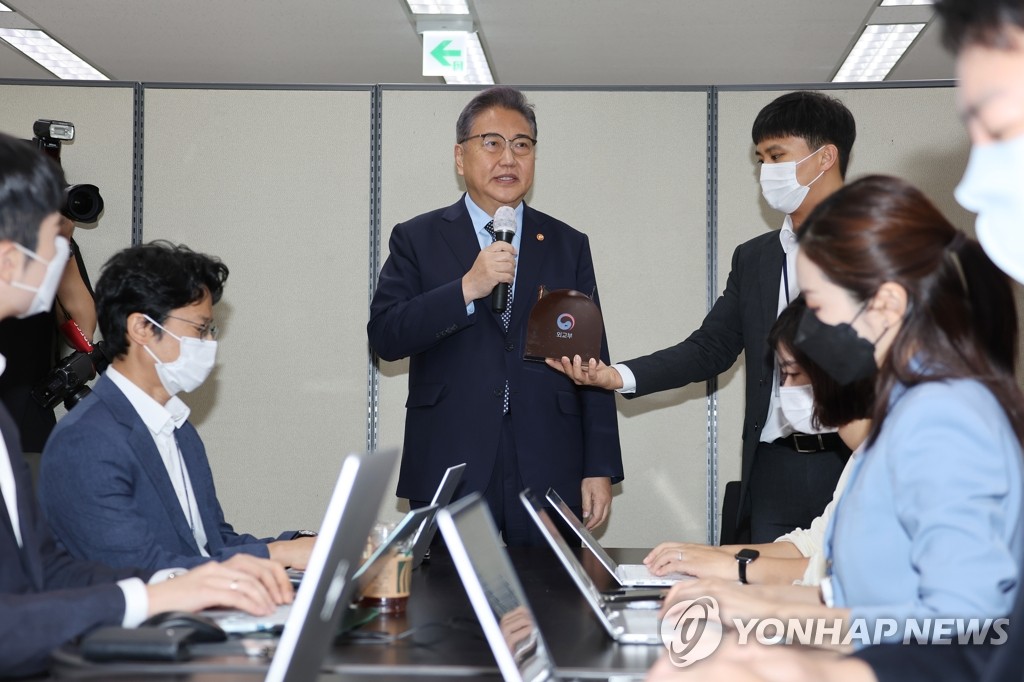 The National Assembly, controlled by the main opposition Democratic Party (DP), passed the motion, legally nonbinding, in a vote boycotted by members of the ruling People Power Party.

The DP cited Yoon's failure to pay respect to the coffin of Queen Elizabeth II, the lack of a "tangible" accomplishment from a summit with Japanese Prime Minister Fumio Kishida held on the sidelines of the U.N. General Assembly meeting in New York and his use of foul language, allegedly against U.S. President Joe Biden, caught on a hot mic.

The minister said, "Now is not the time to engage in political disputes," and called for the prioritization of national interest among political circles.

He reiterated his commitment to the job as Seoul's top diplomat as long as the president decides to keep him in the post.

Park said he spoke by phone with Yoon on Thursday evening right after the motion was passed but declined to share details of the conversation. 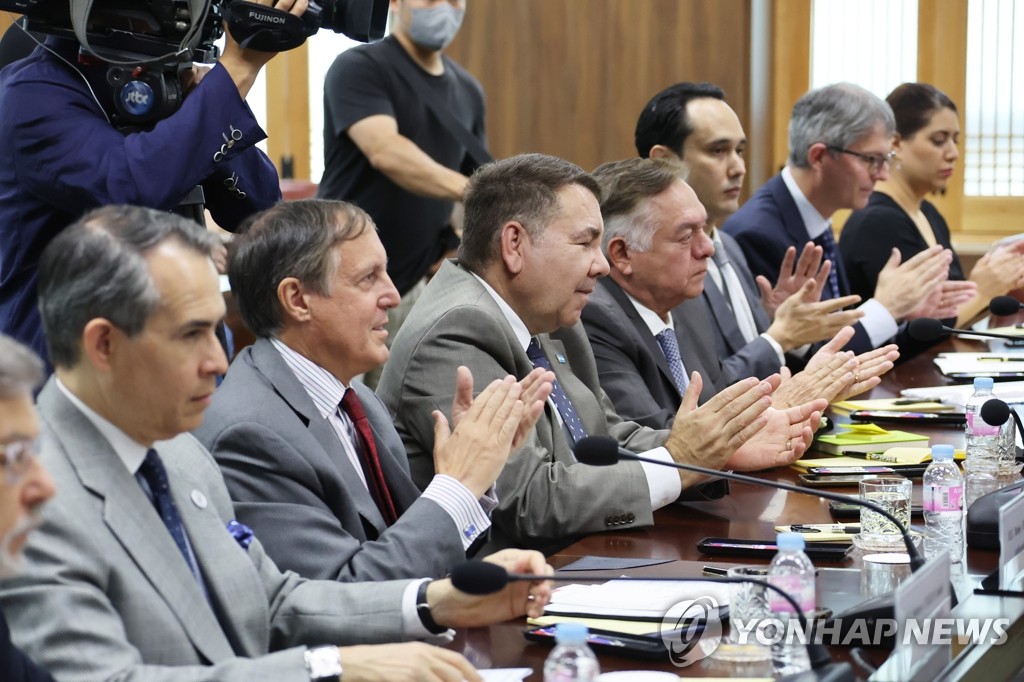 Park later carried out his planned schedule as usual, holding a meeting with a group of ambassadors from Latin American countries. He stressed the importance of stronger ties between South Korea and the region, as Seoul celebrates its 60th anniversary of establishing diplomatic relations with 15 Latin American nations this year.

He also asked for Latin American countries' support for South Korea's bid to host the 2030 World Expo in the southeastern port city of Busan.