SEOUL, Sept. 30 (Yonhap) -- The ruling People Power Party (PPP) on Friday submitted a resolution urging National Assembly Speaker Kim Jin-pyo to step down for putting to a vote the main opposition party's motion calling for the dismissal of the foreign minister the previous day.

In the resolution unanimously signed by PPP's lawmakers, the party accused Kim of "violating his duty to keep political neutrality" as the assembly speaker and "seriously hurting the parliamentary democracy" by working in favor of the opposition Democratic Party (DP). 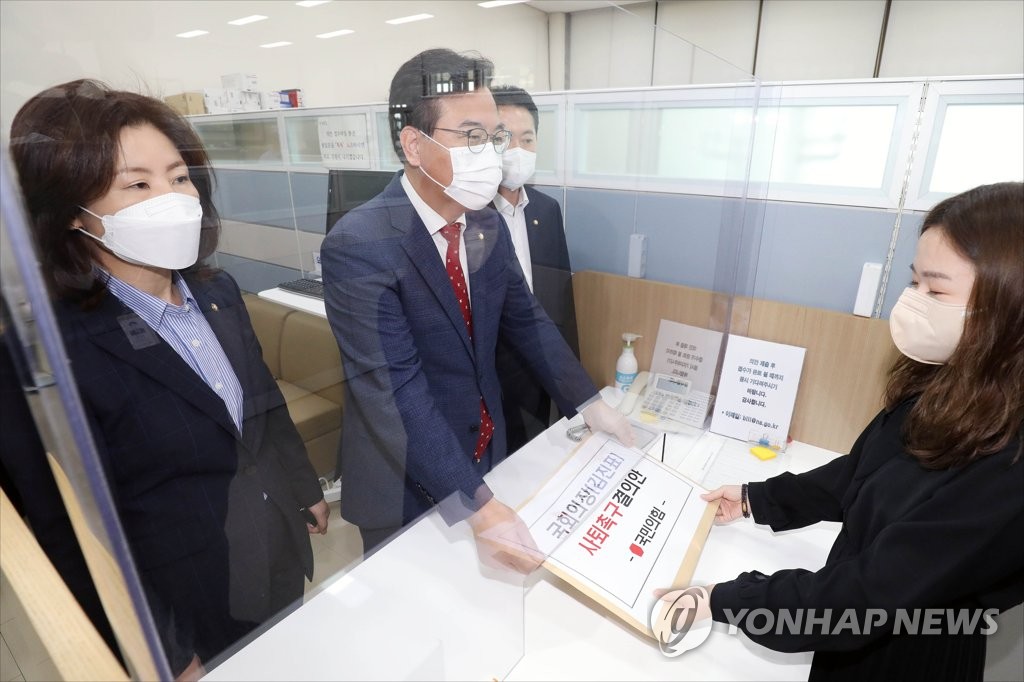 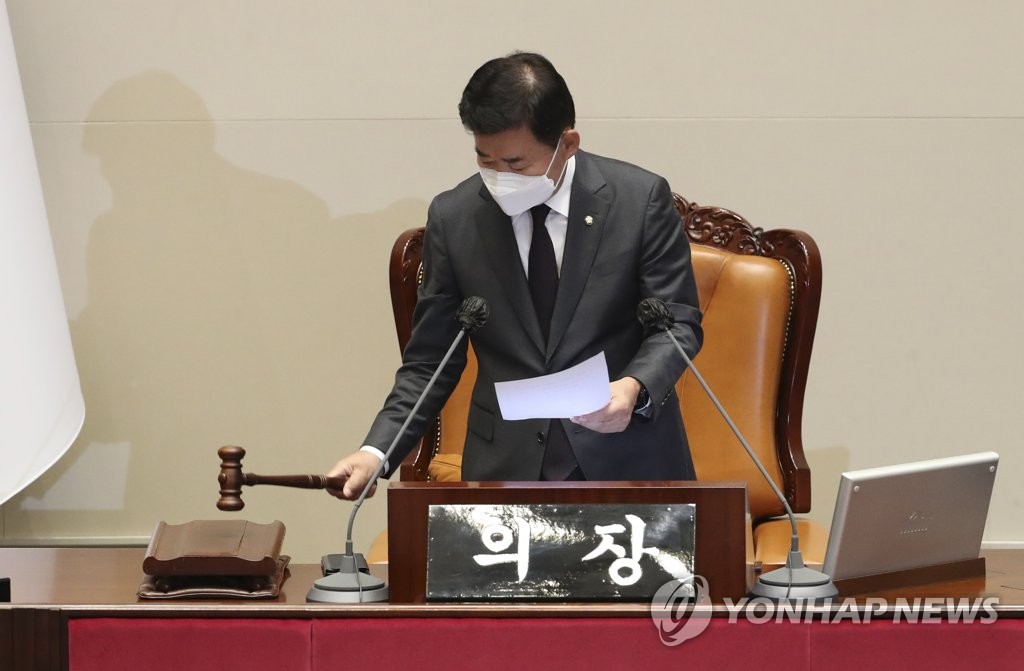 On Thursday, the assembly passed a motion calling for the dismissal of Foreign Minister Park Jin as the DP, which holds the majority of seats in the parliament, pushed to hold him responsible for what it claims was a disastrous overseas trip by President Yoon Suk-yeol last week.

The motion was approved in a 168-1 vote boycotted by the PPP. The minor progressive Justice Party also boycotted the vote, claiming Yoon's apology should come ahead of sacking the minister.

The DP has portrayed Yoon's trip to Britain, New York and Canada as an "unprecedented diplomatic disaster in South Korea's history" with gaffes and blunders, including his failure to pay respect at the coffin of Queen Elizabeth II, the lack of a tangible outcome from a summit with Japan and his use of foul language caught on a hot mic in New York.

Though the recording was not clear due to noise, many thought Yoon was talking about U.S. Congress and President Joe Biden. Yoon's office rejected the claim, saying he was referring to South Korea's opposition-controlled National Assembly and did not mention U.S. Congress or Biden.

Yoon is unlikely to comply with the motion.