INCHEON, Sept. 30 (Yonhap) -- Prosecutors demanded life imprisonment Friday for a woman and her boyfriend charged with murder in the high-profile drowning death of her husband in 2019 for a hefty life insurance payout, officials said.

Lee Eun-hae, 31, and her extramarital lover, Cho Hyun-soo, 30, were indicted for allegedly prodding her then 39-year-old husband to jump into a deep valley river in Gapyeong, 60 kilometers east of Seoul, in late June of 2019 even though he's unable to swim and letting him drown.

The two were also accused of attempting to kill the husband that year by food poisoning with puffer fish toxin in February and trying to drown him at a fishing place in May.

Prosecutors concluded they premeditated the crimes for 800 million won (US$559,479) of death benefit payable to Lee upon the husband's death.

Demanding life sentences for both of them, prosecutors said they designed the crime in a way that it could look like an accident and murdered the victim with a wish to win a windfall.

Prosecutors also demanded the court order both to wear an electronic tracking device for 20 years.

"In order to safeguard the noble right to life, they need to be punished with heavy penalties," a prosecutor said during a court hearing at the Incheon District Court.

In the final remarks for the defendants before a court verdict, a lawyer of Lee and Cho refuted the murder charges, saying they did everything they could to save the husband.

Wearing a green prison suit, Lee appeared for the court hearing and tearfully read a pre-written statement saying, "I have neither killed my husband who truly cared for me until the end nor planned to kill him for a death benefit." 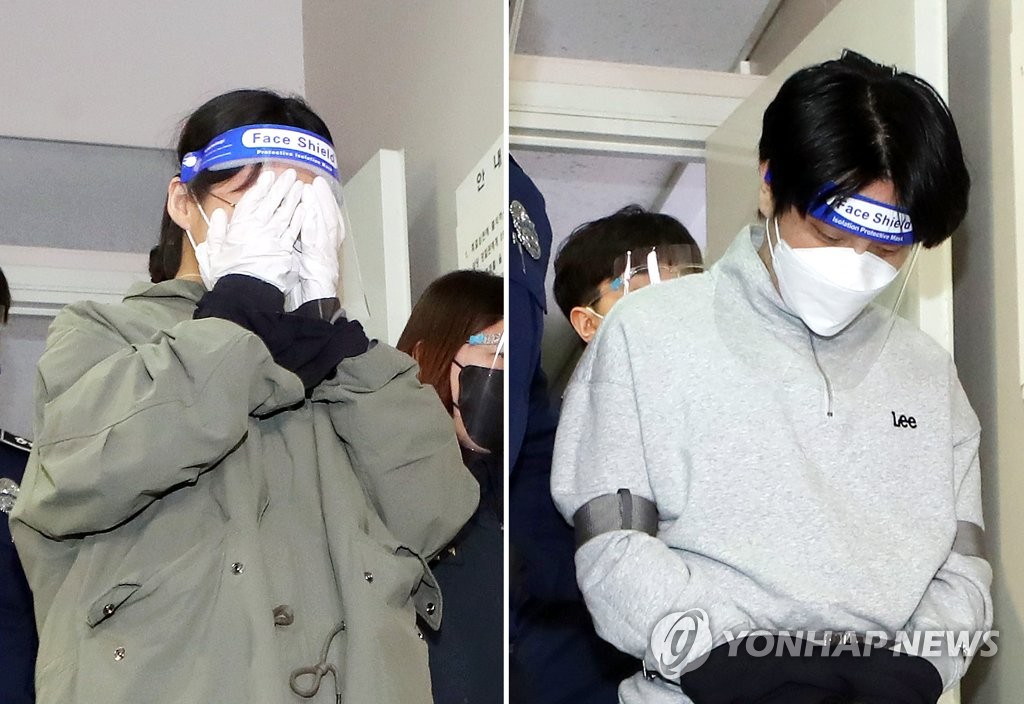