SEOUL, Sept. 30 (Yonhap) -- South Korea's foreign exchange authorities said Friday that they sold a net US$15.49 billion in the second quarter of the year in a bid to stabilize the currency market.

It marks the authorities' largest net selling since the Bank of Korea (BOK) and the finance ministry began to unveil quarterly data on their dollar trading in the third quarter of 2019 as part of efforts to boost the transparency of their market stabilization steps.

"The large net selling was in line with the authorities' position that stabilization moves should be taken in times of herd behavior in the foreign exchange market," a BOK official said.

The South Korean won has been falling against the U.S. dollar this year, with its slide gaining fast ground following the Fed's September decision to raise its policy rate by 75 basis points for a third straight time.

The official said it is inevitable for South Korea's foreign reserves to decline due to measures to stabilize the foreign exchange market.

"However, the level of the country's foreign exchange reserves is not insufficient, given its net external assets, current account surplus and low short-term debt ratio," he added.

The country's foreign reserves stood at $436.4 billion as of end-August, down $2.2 billion from the previous month, according to the BOK. 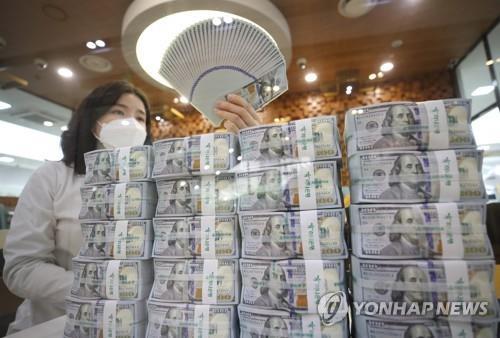