The Joint Chiefs of Staff (JCS) said it detected the launches from the Sunan area in Pyongyang between 6:45 a.m. and 7:03 a.m. It did not provide other details.

"While strengthening our monitoring and vigilance, our military is maintaining a full readiness posture in close cooperation with the United States," the JCS said in a text message sent to reporters.

The latest launches followed earlier provocations on Sunday, Wednesday and Thursday. South Korea, the United States and Japan staged an anti-submarine warfare (ASW) exercise in international waters of the East Sea on Friday.

The three countries have been reinforcing bilateral and trilateral security coordination amid concerns that the North could ratchet up tensions by conducting a nuclear test or other provocative acts. 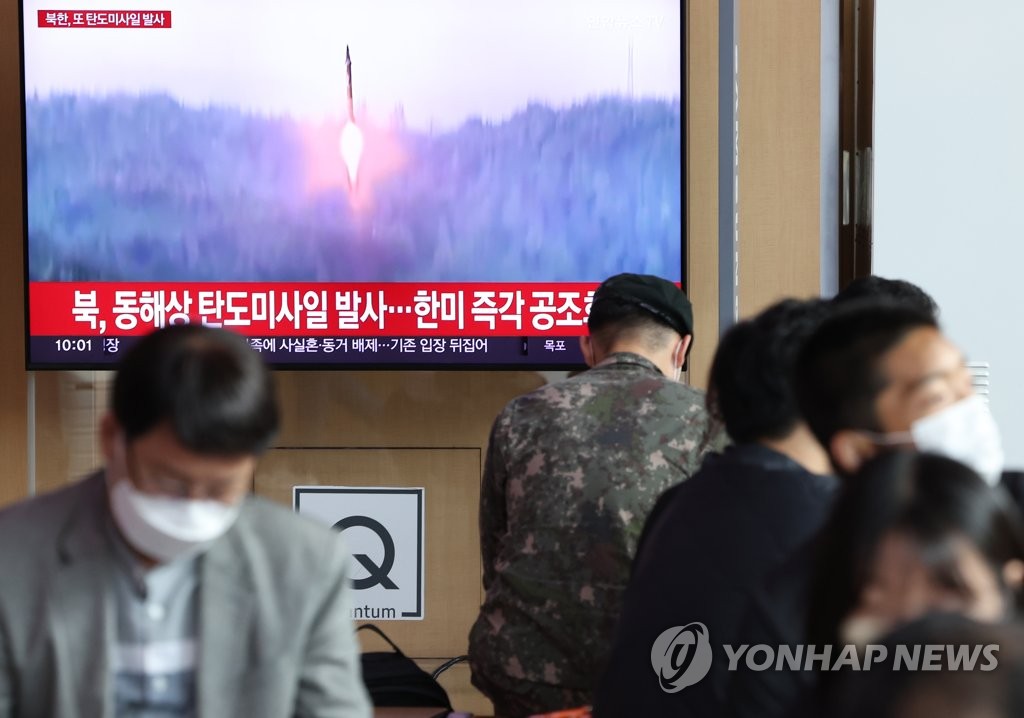