SEOUL, Oct. 1 (Yonhap) -- South Korea's military demonstrated some of its major high-tech weapons at its headquarters in a central city Saturday on the occasion of the Armed Forces Day following a series of ballistic missile provocations by North Korea this week.

The defense ministry held an official ceremony marking the anniversary at the Gyeryongdae compound, 160 kilometers south of Seoul, under the theme of "strong defense, robust military based on science and technology."

That theme resonated throughout the annual event that opened hours after the North's firing of two short-range ballistic missiles into the East Sea -- the fourth such provocation in less than a week.

In the troop formations on the ground were elite forces at the vanguard of the Yoon administration's Defense Reform 4.0 initiative designed to make the military stronger and smarter based on cutting-edge technologies, like artificial intelligence.

The three-pronged system consists of the Kill Chain preemptive strike platform; the Korea Massive Punishment and Retaliation (KMPR), a program to target an adversary's leadership in a contingency; and the Korea Air and Missile Defense system (KAMD).

In the air, a team consisting of dozens of South Korean and U.S. troops staged a high-altitude low opening parachute jump.

The U.S. Forces Korea also sent a set of core warplanes, including A-10 "tank killer" planes and F-16 fighters.

Those flybys were followed by a celebratory performance by the Air Force's Black Eagles aerobatic team.

Saturday's show of the country's military might came as Seoul is pushing to sharpen deterrence based on the South Korea-U.S. alliance amid concerns that Pyongyang could ratchet up tensions through a nuclear test or other provocative acts. 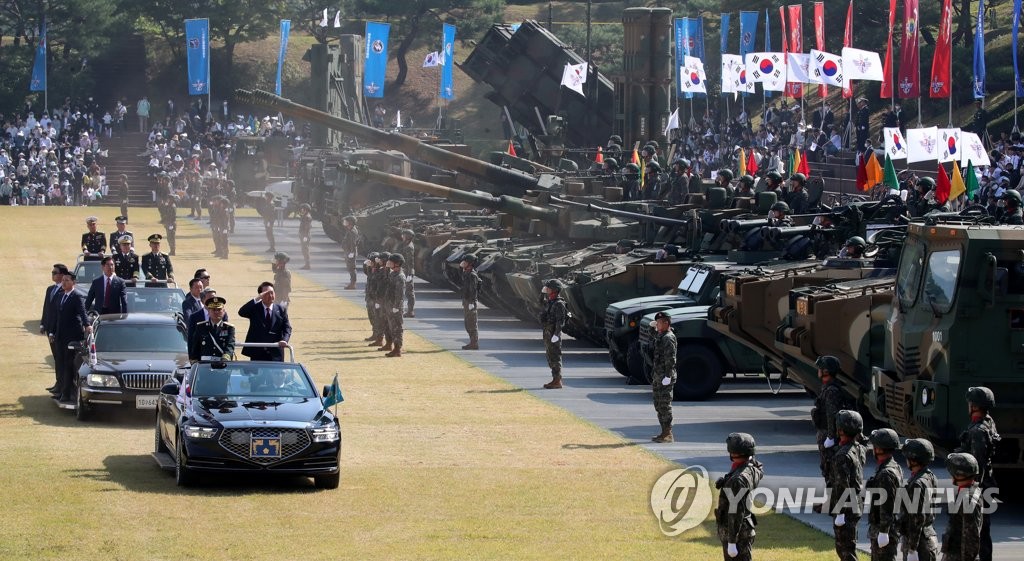 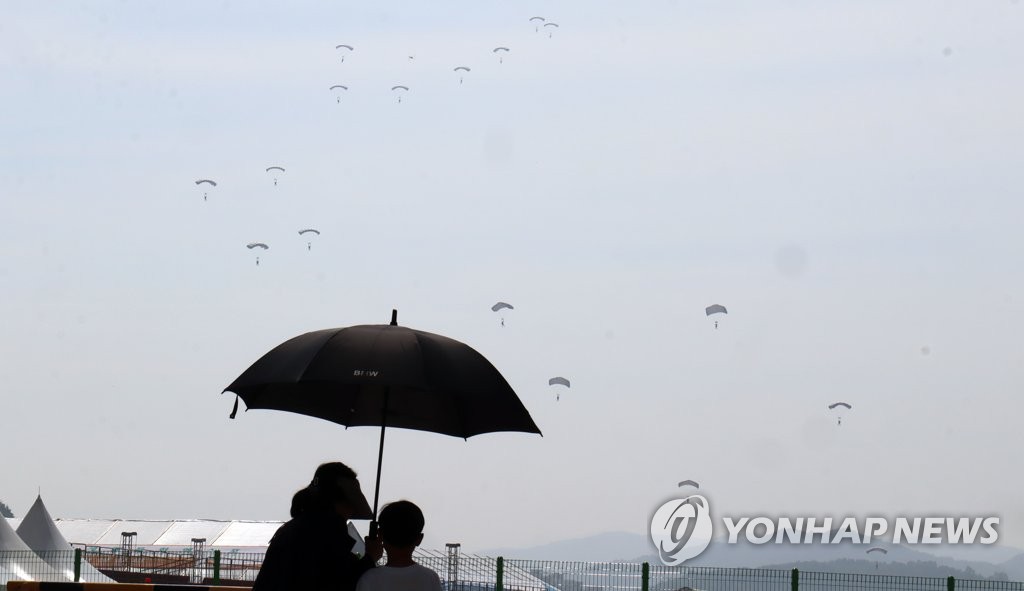